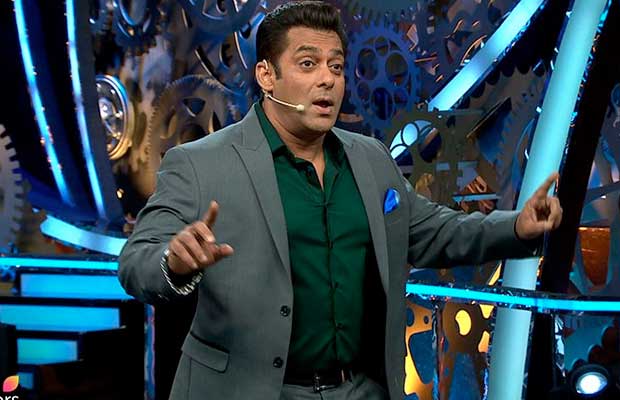 Earlier, there were reports on Bigg Boss 11 being extended, which has now been turned down by Salman Khan!

Probably the most controversial TV reality show of the country, Bigg Boss 11 has become massively popular amongst the audience. The show is in the twelfth week and people are loving it. With perfect doses of fights, arguments, romance and controversies, Salman Khan’s show has become a hit.

Earlier, there were reports that due to the increasing popularity of the show, the makers are planning for an extension. But for that the host Salman Khan also needs to be free. If the reports are to be believed, then due to the lack of dates the Tiger Zinda Hai actor has given thumbs down to the extension of the show.

And hence the preparations for the finale episode have started. Bigg Boss 11 is going to have its finale on January 14, in the next year.

A source told Mumbai Mirror, ”The plan was to continue till February with a few more wildcards, but Salman has another reality show lined up. The third season of Dus Ka Dum will air around May on Sony TV. He also has shoots in Dubai and Abu Dhabi for Race 3 so there will be no extension for Big Boss.”

Apart from Race 3, Salman has to also start shooting for the film Bharat. Directed by Ali Abbas Zafar, the film will be a remake of the Korean drama, Ode To My Father. The actor has to also star in the third instalment of the Dabangg franchise. Dabangg 3 will be directed by Prabhu Deva.

Talking about his latest film Tiger Zinda Hai with Katrina Kaif, it is slated to release on December 22, this year.

Bigg Boss 11: Priyank Sharma Gets INJURED During The Captaincy Task