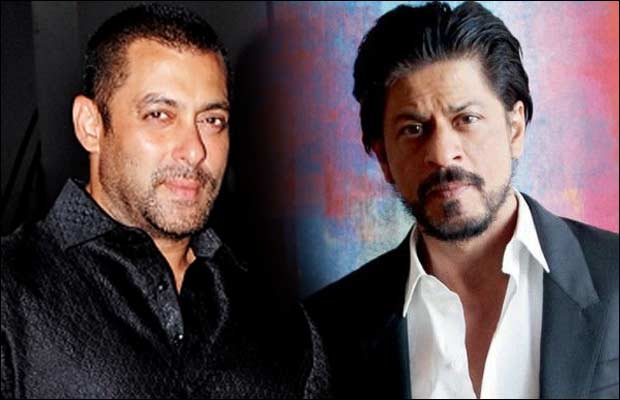 [tps_footer]It is going to be a once in a lifetime moment soon, when Bollywood superstars Shah Rukh Khan and Salman Khan will appear on TV together. The duo will be seen in a special episode of Bigg Boss 9, where host Salman will be welcoming SRK to the show as a special guest. As we revealed earlier, SRK will be appearing on the show to promote his upcoming movie ‘Dilwale’. And for the same actors, Varun Dhawan and Kriti Sanon will enter the Bigg Boss house this Saturday on November 28th.

During the press conference of the second song launch, actor Varun Dhawan revealed some inside details about their appearance on the show. The actor stated that him and his costar Kriti would be entering the house this Saturday, but Shah Rukh Khan will not be joining them. Talking about the same, Varun states that when Salman Khan and Shah Rukh Khan are on screen together, there shouldn’t be anyone else sharing the screen space! The actor will himself be excited to watch the two stars together on Double Trouble show.

According to speculations, Shah Rukh Khan will be appearing on the show a little later, closer to the release of his film ‘Dilwale‘. Which would be somewhere in December first or second week as the film releases on December 18, 2015. So get ready to mark your calendars because it is going to be an epic moment you wouldn’t want to miss! Well we just want to thank Varun Dhawan for letting us know the same in advance.

‘Dilwale’ starring Shah Rukh Khan, Kajol, Varun Dhawan and Kriti Sanon has garnered all the possible attention with every passing day. Directed by Rohit Shetty, the film will clash with Ranveer, Deepika and Priyanka’s ‘Bajirao Mastani’ which makes it all the more exciting! We cannot wait to watch Shah Rukh Khan and Salman Khan together on Bigg Boss 9 Double Trouble!