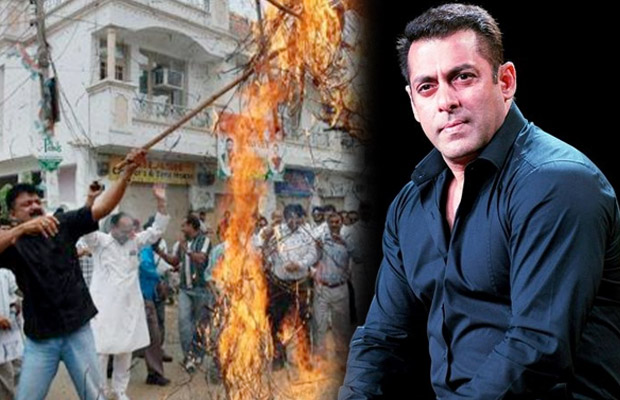 [tps_footer]It was another sigh of relief for Salman Khan and his family after the actor was acquitted on Monday in the Blackbuck and Chinkara Poaching Case of the year 1998. The high court in its decision stated that there was no evidence proved that the animals who were found dead were shot by Salman Khan‘s licensed gun.  The actor was accused of hunting and killing the endangered deer while shooting his film Hum Saath Saath Hain in Rajasthan in 1998. His co-stars, Saif Ali Khan, Tabu, Sonali Bendre and Neelam, were also charged with inciting the actor to hunt.

The Sultan star also took to his twitter handle to thank everyone for their support. While some supported the actor, some took to twitter and slammed the law of the country over the unfair decision by the court. In fact, Salman Khan’s acquittal offended environmentalists and wildlife lovers.

Reportedly, the Bishnoi Commando Force on Tuesday burnt the statue of Salman Khan, asking who killed the deer. They also staged ‘dharna’ in Jodhpur, showing placards and demanded punishment for Salman Khan.

Pukhraj Khedi, state president of the organization spoke to a leading daily, saying that the acquittal of Salman will be no fear in the law for them and that it will lead to more such incidents ahead. He also added saying that the Government should think about the same and get strict with such cases so that accused does not get away with such type of crime.[/tps_footer]