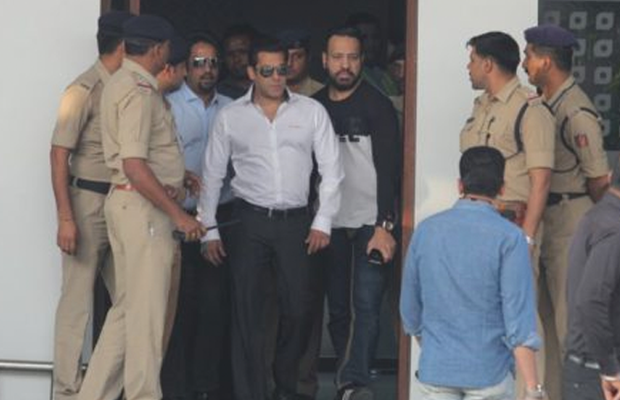 Bollywood stars Salman Khan, Saif Ali Khan, Neelam Kothari, Sonali Bendre and Tabu reached today morning to Jodhpur to record their statements in 1998 blackbuck case. Salman Khan was accused of hunting and killing the endangered deer while shooting his film Hum Saath Saath Hain in Rajasthan in 1998. His co-stars, Saif Ali Khan, Tabu, Sonali Bendre, and Neelam, were also charged with inciting the actor to hunt. All the accused appeared to record their statements in the case while the prosecution witnesses have already recorded theirs.

During the hearing, Salman Khan was asked 68 questions; the actor pleaded not guilty in Blackbuck poaching case and also recorded his statement saying that the forest department has falsely tried to frame him to gain publicity. He also said that they didn’t leave the hotel during their stay for the shooting of the film. When asked who was driving the jeep, Salman responded saying, “I don’t know. I was not there.This case is a cooked up case.”

Last week, Salman Khan was acquitted in an Arms Act case linked to the poaching after he was accused of keeping and using an unlicensed weapon. The actor has already been acquitted in the Arms Act case and two separate cases of chinkara killings.