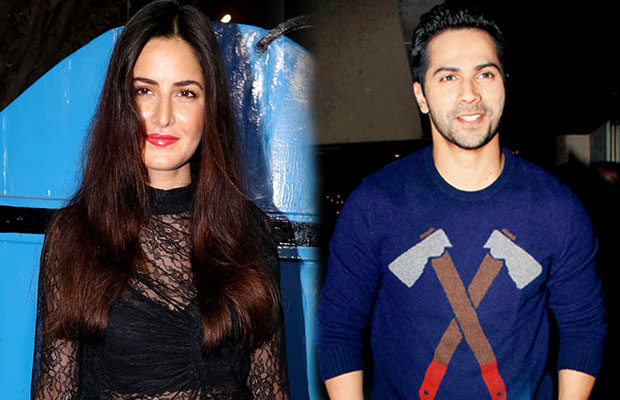 [tps_footer]Katrina Kaif is back in the race after a downfall. The gorgeous actress who was out of the scene since quite a long time has bounced back with a bang. With her social media presence and amazing transformation, Katrina is also opening her doors to new roles and films. The actress is impressing everyone with her look in the film ‘Baar Baar Dekho’. The trailer of the film has garnered all the positive reviews and moreover, Kat has earned many new fans.

With her Kala Chashma moves, the Bang Bang actress is again in the forefront. Rumors are rife with the fact that after working with Sidharth Malhotra in ‘Baar Baar Dekho’ Katrina now wants to pair up with Varun Dhawan on screen.

Varun and Katrina were recently together on the Dream Team tour. The two celebs mingled amazingly on the tour and their rapport is also strong. It is said that Katrina wants to share her screen space with Varun because she feels they will share a positive chemistry. Moreover, their friendship has also bloomed during the tour.

The actress has shown a keen interest for starring opposite Varun in the third installment of Remo D’Souza’s ‘ABCD’.  Reports state that Varun is already cast in the film and the leading lady will be soon finalized. Above all, there is no doubt about Katrina Kaif’s dancing skills!

Well, we are surely hoping these two good looking stars soon pair up on the silver screen!

On the film front, Kat is gearing up for ‘Baar Baar Dekho’ and Varun Dhawan will be seen in ‘Badrinath Ki Dulhania’.