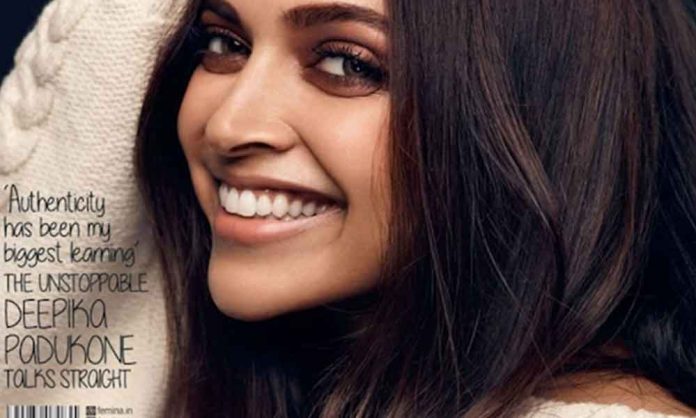 Deepika is seen donning a knitted cream cardigan with a minimalistic dusky make up. The entire look is summed up with her lively and high-spirited smile.

The actress has been creating a splash with her stunning magazine covers. After mesmerising the audience with her Elle cover, Deepika Padukone looks dynamic on the Femina.

Deepika began the year with a bang with the magnum opus ‘Padmaavat’. The actress not only won the hearts of the audience but also garnered rave reviews for her apt portrayal of Rani Padmini.

The actress also made everyone proud by emerging as the only actress to feature in TIME’s 100 influential lists this year. Deepika also made heads turn with her stunning appearance at the MET Gala and Cannes 2018.

Recently, Deepika Padukone won the title of “Creative Personality” at the GQ Men Of The Year Awards and “Global Beauty Star” at Elle Beauty Awards 2018.

The actress will next be seen as a lead in Meghna Gulzar directorial film based on acid attack victim.