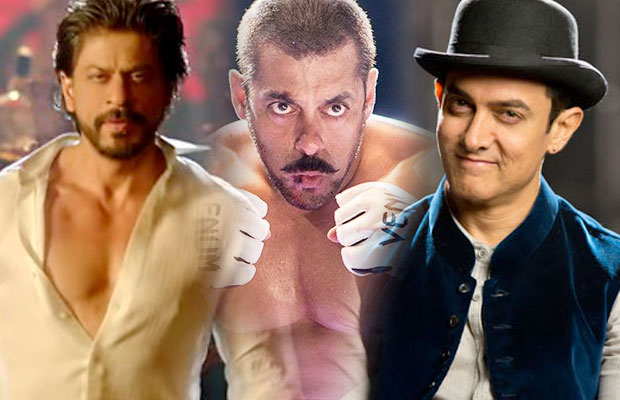 Salman Khan and Anushka Sharma starrer film ‘Sultan’ has opened on a massive note. The much-awaited film has crossed all records of first-day opening. Directed by Ali Abbas Zafar, ‘Sultan’ is already on its way for being the first hit of the year. The star cast of the film is a sure crowd puller.

Dabangg Khan Salman is seen as a wrestler in the film whereas Anushka plays his lady love. The mind bowling actress is also flaunting her wrestler side. Salman Khan has an envious fan following and the opening record has witnessed the same.

The film has earned the tenth rank in terms of biggest opener of the decade. ‘Sultan’ earned an opening of 70% at the box office. The movie is doing extremely well in UP and is also gaining laurels in West Bengal and Mysore. Moreover, the metropolitan cities are already flooded with viewers. Due to strong advance bookings the film managed to open on a big note.

Salman and Anushka’s film has released on a national holiday which has been very fruitful for its collections.

Out of the list of ten, five biggest openers of the decade are Salman Khan’s films. ‘Sultan’ has already crossed the mark of 40 crore on the box office.