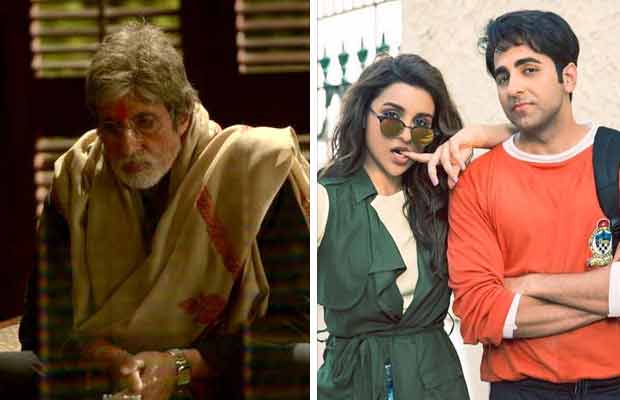 Meri Pyaari Bindu and Sarkar 3 have finally released together at the Box Office and both the films have failed to witness average business on its first day. Meanwhile, Baahubali 2 is dominating at the Box Office.

Two big films- Meri Pyaari Bindu and Sarkar 3 have released this week and the two are not only competing with each other but also with SS Rajamouli’s Baahubali 2: The Conclusion! We all know Baahubali is running successfully at the Box Office and is earning in a massive way. However, Meri Pyaari Bindu and Sarkar 3’s survival looks a bit tough. Well, the audience will anyway get three-way street this weekend.

The collections of Sarkar 3 are little better than Meri Pyaari Bindu, considering it has double the screens of Ayushmann Khurrana-Parineeti Chopra starrer. Going by the first day collections; looks like both the films will face a tough time at the Box Office to survive even for a good one week run.

Now it remains to see how fare both the films earn at the Box Office with their respective audiences and then grow over the weekend.