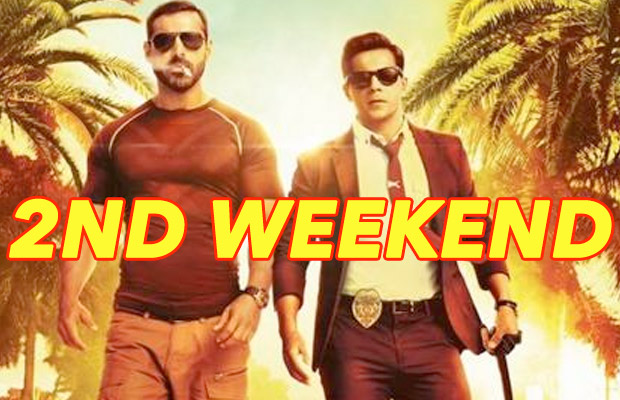 ‘Dishoom’ starring Varun Dhawan, Jacqueline Fernandez, and John Abraham has completed its second weekend at the box office. The movie is an action oriented flick with an entertaining plot. The film received above average reviews from the audience. The star-studded film was much in the news for its songs and trailers.

The Rohit Dhawan directorial was much awaited mainly by the youth. Moreover, Varun and John’s fan following worked in the favor of the film. The film had a decent collection on the second weekend. The movie is now the sixth highest in its second-weekend collections. The drop in the earnings is about 72%.

‘Dishoom’ has earned Rs.63 crore net approx. in total. The film will face a major competition this week with the release of ‘Mohenjo Daro’ and ‘Rustom’. It can be said that ‘Dishoom’ might hardly gain any numbers in the upcoming weekend.

This week will see ‘Dishoom’ gaining its final collections.