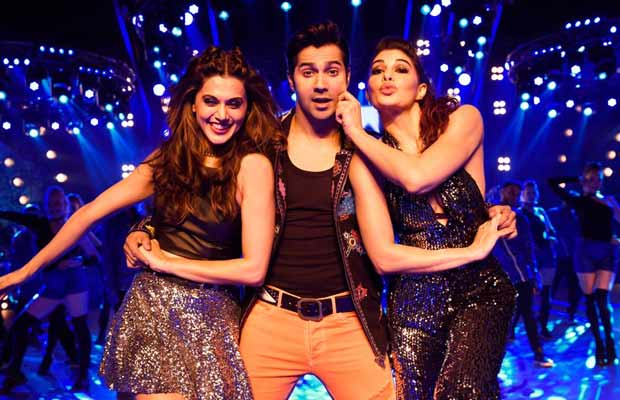 Judwaa 2 released on the golden weekend of Dussehra witnessing houseful shows followed by a positive word of mouth.

Judwaa 2 starring Varun Dhawan, Jacqueline Fernandez and Taapsee Pannu will enjoy the National Holiday of Dussehra, followed by a Sunday leading to the Gandhi Jayanti holiday.

Judwaa 2 takes in a bumper opening on the first day by raking 16.10 Cr at the box office.

The release date proves to be hitting the bull’s eye and a hot pick of every filmmaker in B-Town.

‘Judwaa 2’ directed by David Dhawan will have Varun Dhawan bringing back to celluloid the iconic characters Raja and Prem portrayed by Salman Khan in ‘Judwaa’. Jacqueline Fernandez and Taapsee Pannu will be seen stepping into the shoes of Karisma Kapoor and Rambha respectively.

Produced by Sajid Nadiadwala, directed by David Dhawan, Judwaa 2 is presented by Fox Star Studios and Nadiadwala Grandson Entertainment. The film has released and is witnessing strong run at the box office.