Former Indian Fast Bowler Shanthakumaran Sreesanth is a happy daddy yet again and this time it’s a boy. He and his wife, Bhuvneshwari Kumari aka Nain Shekhawat welcomed a baby boy yesterday morning.

The joyous parents have named their little bundle of joy, Suryasree. Little Suryasree was welcomed to the world by his parents, Nani (who flew down from Bhopal) and Dadi (who came from Kochi) and Sreesanth’s friend/manager Sonu Lakhani and his wife.

The 33-year-old bowler is over the moon and recently took to his social networking page to announce the big news with his fans and followers. He posted, “I am delighted to tell you all our second Child arrives this Beautiful morning. A big,beautiful and healthy baby Boy! Love and respect (sic).”

In a later tweet he wrote, “A big, beautiful and healthy baby Boy! Overwhelmed with happiness. Both Mother and baby are doing good“.

Sreesanth got hitched with his girlfriend of long time, Bhuvneshwari Kumari on December 12, 2013. The couple become proud and elated parents for the first time in 2015 when they had a daughter.

Venturing soon in Bollywood, Sreesanth, who was a contestant in the dance reality show-Jhalak Dikhhla Jaa Season 7 in 2014, will make his Bollywood debut with Pooja Bhatt’s Cabret starring Richa Chadda and Gulshan Devaiya. 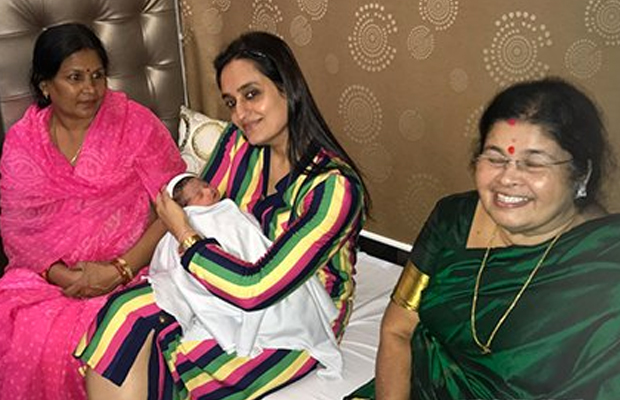