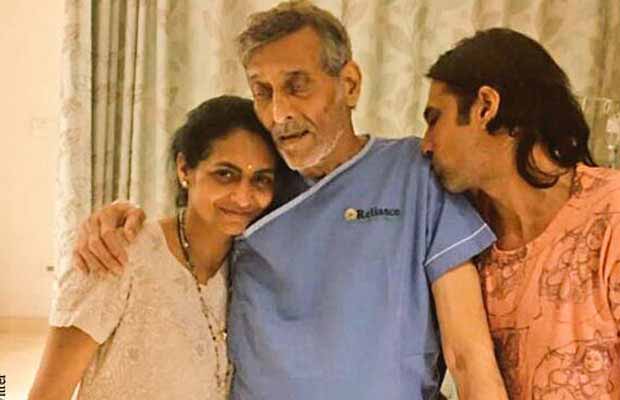 Bollywood veteran actor Vinod Khanna passes away at 70 after suffering from cancer.

Bollywood veteran actor Vinod Khanna, who was hospitalised for months due to severe dehydration, has left for his heavenly abode. The veteran actor has passed away at the age of 70 and is truly a huge loss for the industry. Vinod Khanna’s family stated that the actor was suffering from severe dehydration. However, media reports said that the actor had bladder cancer.

Last month, everyone was shocked to see Vinod Khanna looking so frail in the picture that had gone viral on social media. A picture of him surfaced online a few weeks back where Khanna was seen in the hospital uniform along with his son and wife. The picture of the unwell actor had left us sad. In fact, after his picture went viral, reports claimed that the veteran actor is suffering from bladder cancer. However, family and doctors did not speak about the actor’s health. 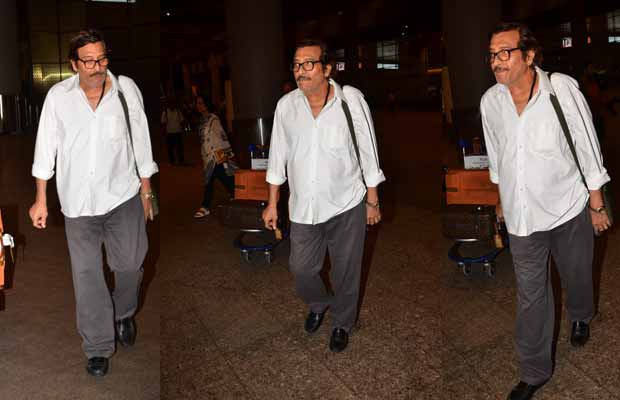 After much of speculations regarding the actor’s health, Vinod Khanna’s son Rahul Khanna had confirmed that his father is recovering and will be discharged soon. He also thanked everyone for good wishes.

One of the doctors from the hospital had also confirmed that Vinod Khanna was admitted to Sir HN Reliance Foundation Hospital with severe dehydration. He also asked everyone to maintain the privacy of the family.

Vinod was a sitting Bharatiya Janata Party member of the Lok Sabha from the Gurdaspur constituency in Punjab. Vinod Khanna is survived by his wife Kavita, sons Akshaye, Rahul, Sakshi daughter Shraddha.

May his soul rest in peace!