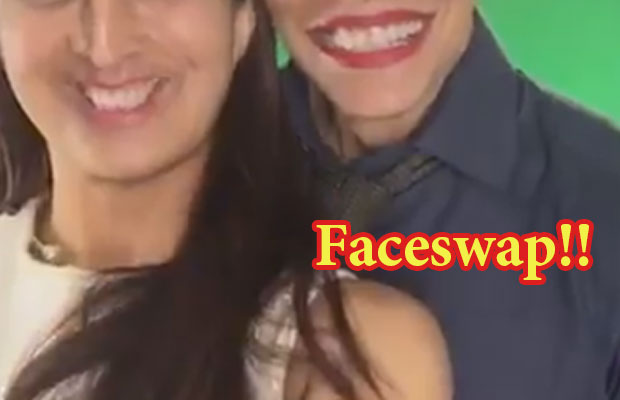 [tps_footer]Bollywood stars are known to break, follow and start new trends which even their die-hard fans love to follow worldwide. Earlier, social media became a rage when Hollywood, Bollywood, Regional Cinema, and Television stars joined the online world and their fans just couldn’t get enough of their favourite artists and later, Dubsmash became a craze and some of our Bollywood stars performed really well for this fun app, like, Sonakshi Sinha, Salman Khan, Parineeti Chopra, Alia Bhatt, even cricketers like Virat Kohli and more joined the fun ride and uploaded funny videos. But, now face swapped is the latest app that Bollywood stars can’t get enough off and it’s hilarious to see the final results.