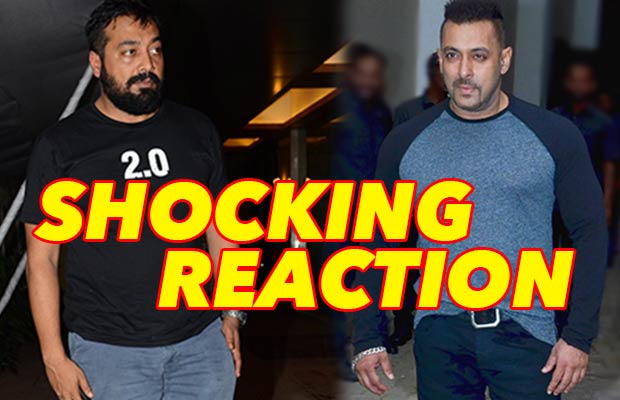 [tps_footer]Salman Khan has invited a wrath for himself after he made an irresponsible comment. The superstar, who was lately in the good books of the masses, has now become the target. The actor irked every fan of his when he stated that his training for the film ‘Sultan’ made him feel like a raped woman. The statement was not a light one and it hurt the sentiments of many.

Singer Sona Mohapatra who is known for her carefree opinions slammed Salman Khan on the microblogging twitter for his statement. The singer was in turn blamed by Salman’s fans and was also insulted. The blinded fans are surely not concerned about Salman’s comment. Sona nevertheless grabbed all the headlines for her very true opinion.

Just when all the tinsel town stars are suddenly mum on Salman’s mistake, filmmaker Anurag Kashyap has commented something right. Anurag Kashyap who is known for his niche films also opened against the Dabangg Khan for all the right reasons. The mind blowing director stated, “Why are we making it out his individual responsibility? It is very unfortunate that he made an analogy like that, it is very thoughtless of him, in a way daft of him. I am sure he will be regretting it and will apologise for it. If he really cares, he should apologise for it.”

The director also blamed the journalists saying, “But does the responsibility lie alone with him? The guy who is interviewing him… When the man gives an analogy like this, he laughs at it. He does not question him. In his mind, he is thinking I have got a headline. How irresponsible it is to make that into a headline. I would have taken that out. It does not send a great signal, it empowers misogyny. Suddenly, people have got an issue to jump on.”

Many people blamed Salman on the micro-blogging site Twitter. The superstar has also received a seven days’ notice from NCW to apologise.

Now what turn will this issue take is yet to be seen.