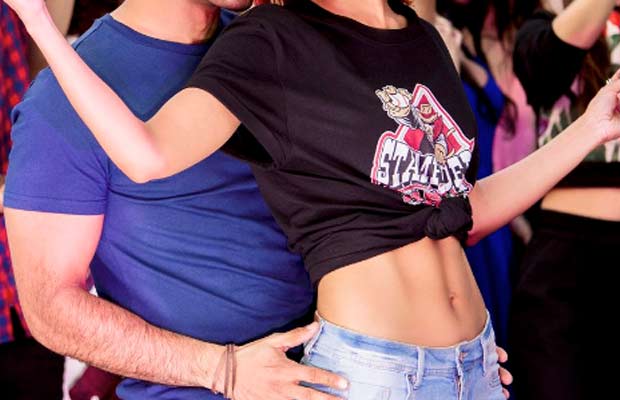 [tps_footer]The Befikre team unveils a new still featuring Ranveer Singh and Vaani Kapoor in it. Well, it looks quite striking and scintillating. However, what caught our attention is that the still is completely different from all the posters that were out in the past.

The posters had Ranveer and Vaani all kissing each other, be it on a beach or in the party. But Ranveer-Vaani is all lost in love in the new still. It looks like a dance and party sequence and Ranveer is holding Vaani by her waist. The actress has a wide smile on her face, whereas, Ranveer looks smitten by her. The official Twitter account of Befikre released the new poster as it is also Vaani’s birthday. The tweet says, ‘She’s as #Befikre as it gets & we love her for it! #HappyBirthdayVaani! @Vaaniofficial.’ 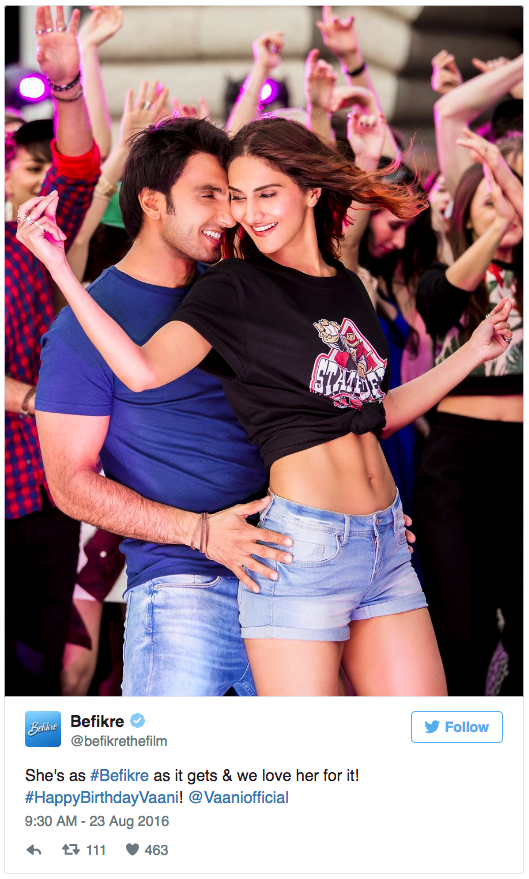 Well, this tweets shows that apart from the kisses, the film will show an adorable chemistry between the two. And when it comes to making beautiful love stories, we can trust the director of the film, Aditya Chopra. He gave us an iconic film Dilwale Dulhania Le Jayenge, so we are sure this modern love story will also be fascinating. This will be Aditya’s directorial comeback after a gap of 8 years. His last film was Shah Rukh Khan starrer Rab Ne Bana Di Jodi.

Befikre is shot in exotic locations of Paris. Composer Vishal and Shekhar will direct the music of the film. The film will release on December 9.