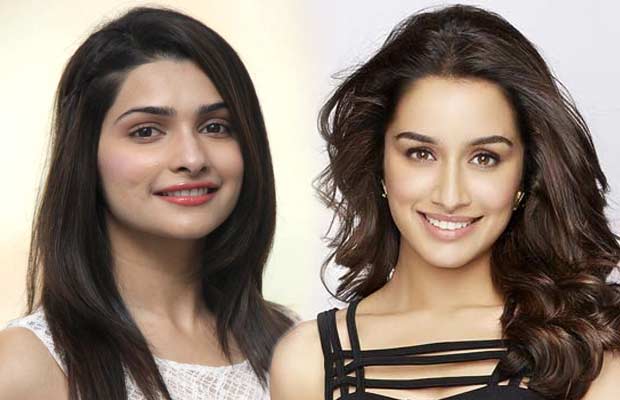 [tps_footer]Cat fights are not new in the tinsel town. However, recently there is an air of best friendship flowing in the Bollywood industry. Many actresses and actors have befriended their contemporaries. A young lot of actors is surely away from the clichéd animosity and prefers healthy competition. Well, even though the actors are cordial with each other, every now and then there is one such update of two actresses not getting along.

The latest starlets to join the list are actresses Prachi Desai and Shraddha Kapoor. There were several reports which hinted at the fact that Prachi and Shraddha are not in very good terms on the sets of ‘Rock On 2′. The two stars will be sharing the frame in the sequel of ‘Rock On’.

Prachi Desai was also a part of the prequel and Shraddha is the new addition in the sequel. Reports claimed that Prachi and Shraddha have loads of differences on the sets, but the Once Upon A Time In Mumbai actress rubbished all the rumors and stated that all these speculations are false.

Prachi added that she and Shraddha Kapoor share a brilliant rapport with each other. The actress further said that both of them are not affected by the rumors and they do not meet often as they have busy schedules.

Prachi was quick to conclude that even if they do not meet regularly their bond of friendship is intact. Well, we would like to believe this!

‘Rock On 2’ is directed by Shujaat Saudagar. The sequel will feature actors Farhan Akhtar, Arjun Rampal and Purab Kohli who were also present in the prequel.  The film has loads of fan following for its amazing plot and songs.[/tps_footer]