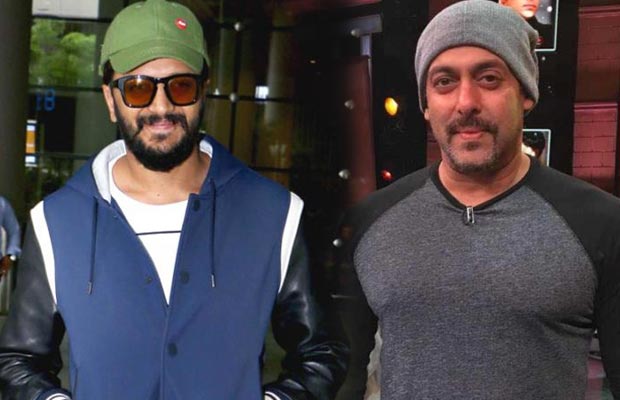 [tps_footer]We were the first to reveal that Bollywood superstar Salman Khan will be seen soon in a Marathi film with Riteish Deshmukh. As we all know Salman had surprised everyone after he had played a small role in Riteish Deshmukh’s Marathi film “Lai Bhaari. Now Salman is all ready for such small scene once again.

The Bajrangi Bhaijaan star will be seen in a cameo in Riteish’s second Marathi film titled ‘Mauli‘. Riteish Deshmukh confirmed the news to a leading source that the character for Salman is being scripted after latter showed a keen interest in Marathi cinema.

At a recent appearance on a Marathi TV show for the promotions of Sultan, Salman had indirectly revealed that he is eagerly waiting to work in a Marathi film again. “I am planning for next…I am trying….I have requested Riteish Deshmukh to give me a small role not a big one.”

It was quite evident that the actor is all set for another Marathi film and it finally happens to be! In fact on the show  ‘Chala Hawa Yeu Dya‘, the Being Human star gave enough proof that he is well-connected and versed with the Marathi language.

On the talk show, he was even asked if he wants to work as a lead actor in a Marathi film. The ‘Bajrangi Bhaijaan’ star laughed and reacted saying, “I want to but I won’t be able to do it.”

Mauli is being helmed by Nishikant Kamat who also helmed Lai Bhaari.
[/tps_footer]