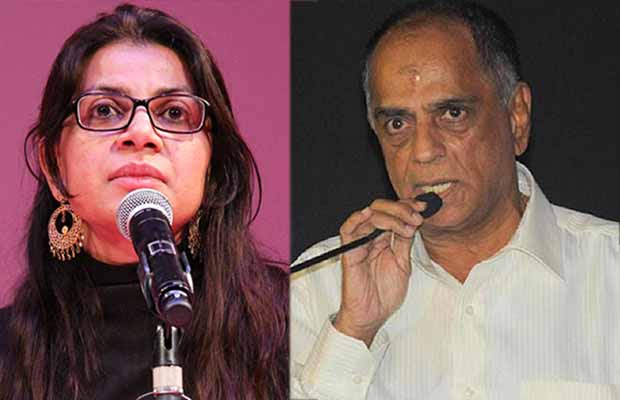 Alankrita Shrivastava recently said that the CBFC made her feel like a criminal. Pahlaj Nihalani reacts again whose big mouth can never remain shut.

Ever since the CBFC banned ‘Lipstick Under My Burka’, the war between both groups hasn’t stopped till date. After the FCAT intervened, the movie was given an A certificate and after some alterations, the movie was passed to release in India. Even though it has received accolades from the whole world, the CBFC remains unperturbed.

Alankrita Shrivastava recently said in an interview: “The Examining Committee was divided in its opinion, so we approached the Revising Committee. Nihalani, who was present at the screening, made me feel like a criminal.”

The director’s viewpoint reported raged Mr. Sanskaari Nihalani as he told Hindustan Times that she is a liar. He said, “She is a liar. I was never aloof, rude or uppity with her… I very clearly remember asking her to sit. She didn’t respond. I told her that her film was rejected by the Examining Committee. She said she knew that would happen. It was a civil, to-the-point conversation. How did it make her feel like a criminal? I fail to see why she continues to flog the CBFC and me to get her film noticed, rather than have people talk about it for its intrinsic merit. Does the film have anything else to recommend itself other than the fact that it was questioned by the Censor Board?”

The CBFC chief is not happy with Shrivastava’s vocal attitude as he attacked the director again. He said that she is just attracting attention towards her movie, publicizing it. He reproaches saying, “These are tactics to draw attention to her film. You tell me, what’s the only point of curiosity about the film? That the [CBFC] Examining Committee rejected her film? She has been cashing in on that for months now.” Maybe Mr. Nihalani needs to be reminded that it was the CBFC who has popularized the movie, Alankrita is just gaining through the tactics that the CBFC is using to try and keep the Indian audience away from it.

He even added that the term “lady-oriented”, used to describe the film, didn’t come from him. “It was [in the letter written] by the Examining Committee. I neither viewed nor expressed my opinion over the film.”

When she was questioned, Alankrita Shrivastava responded to the allegation saying, “Let him say whatever he wants, as I have nothing against him. All I’m saying is that the whole idea and procedure of censorship should be thrown out of the window. In a democracy, the certification process can’t be a situation where you [a filmmaker] have to feel like you have to protect your film. It should just be a matter-of-fact procedure. There needs to be a situation where it’s a normal thing and not like you are constantly worried [about] what are they going to do to [the] film.”

She further added, “I went to the screening theatre and there was the revising committee, who took the unanimous decision. It’s not about whether they offered me a seat or not; the place is such that there’s no space for [a] dialogue. So I felt that as a filmmaker, I was subjected to an unpleasant atmosphere.”

Lipstick Under My Burkha is a ‘lady-oriented story about four women. Directed by Alankrita Shrivastava it stars Ratna Pathak Shah, Konkona Sen Sharma, Aahana Kumra and Plabita Borthakur. It is slated to release on July 21.