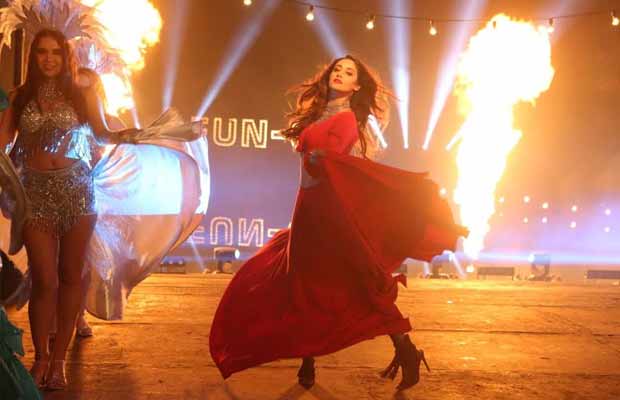 The rights to the album which sold 15 million copies in India alone, were with T-Series, which also has the music rights to Anees’s film.

Rewritten by Bhushan Kumar and choreographed by Bosco Martis, the new song features Arjun Kapoor trying to makeup his onscreen girlfriend Ileana D’Cruz after a fight.

“It’s a naughty, groovy song shot in a grand, colourful set-up,“ Anees told shares, admitting that they had originally planned to film it on the streets of Chandigarh but found it difficult to co-ordinate over 200 extras and a large dance set-up.“It would mean blocking an entire street. So instead we built a set in Film City studio.“

The newly released posters and the Title track have intrigued leaving them wanting more of it.

Mubarakan is produced by Sony Pictures Networks Productions and Ashwin Varde &  Murad Khetani’s Cine1 Studios and is slated to have its worldwide release on 28th July 2017.