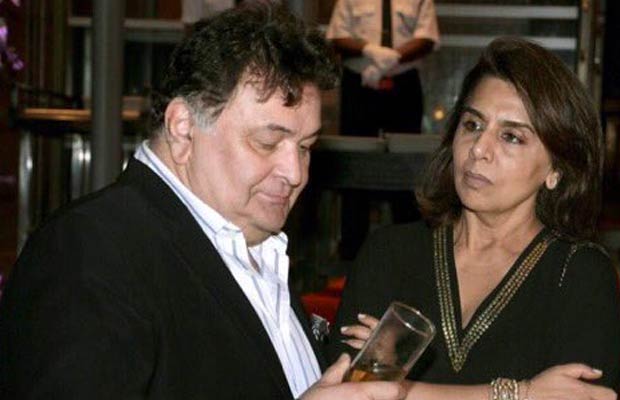 [tps_footer]We all know to what extent Rishi Kapoor can crack offending jokes. We hope you remember his Puppy Lehari joke on twitter that made him get compared to KRK who also sends nonsense tweets. But, such type of behavior is not expected from Rishi Kapoor who also teaches people in media how to behave and ask questions. He even slammed some photographers who asked him to pose with Neetu Kapoor as they didn’t get their best shots previously and Rishi Kapoor happily called them as “bad photographers.”

Keeping all that aside, it’s really good to see Rishi Kapoor and Neetu Kapoor‘s sweet chemistry even after so many years of marriage. They had their share of ups and downs in their marriage but they are still together and recently at the success party of Kapoor And Sons, Rishi Kapoor had too many drinks and it was difficult for him to handle it. But, his wife Neetu was all there to give him a reality check and stop him from having more drinks, just with a look ! 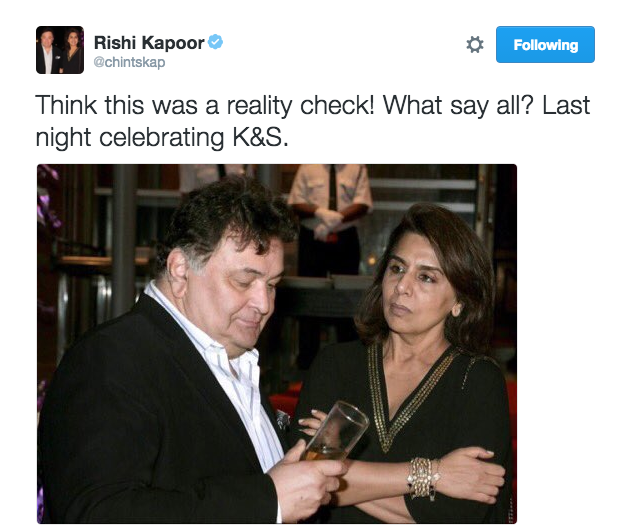 We really want to see some more cute and lovely moments between Rishi Kapoor and Neetu Kapoor. Wonder, why these two power couples don’t give a relationship tip to Ranbir Kapoor, who either gets dumped or breaks someone’s heart and gets single again. Saawariya, what are your thoughts on this ???