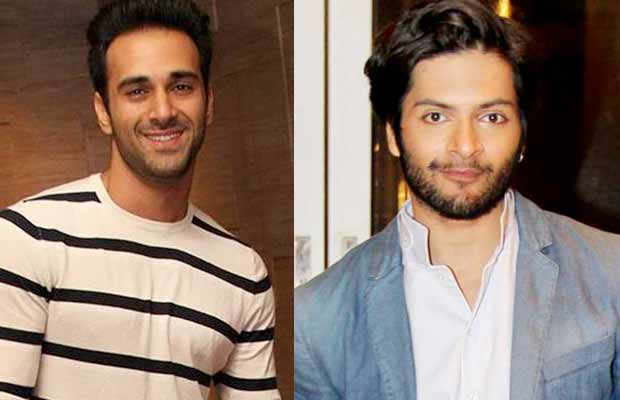 Reportedly, the actors of Fukrey Returns, Pulkit Samrat and Ali Fazal do not like each other!

The comedy film Fukrey Returns is doing very well in the cinemas. The film has received appreciation from both the audience and as well as the critics. Starring the actors Pulkit Samrat, Ali Fazal, Richa Chadda, Varun Sharma and Manjot Singh, the film is a perfect package of entertainment.

But amid such great performance, there are reports doing the rounds of media about the rift between the two actors of the film. According to a report of DNA, the actors Pulkit and Ali do not like to see each other eye to eye. Reportedly, Pulkit’s attitude of trying to steal the limelight everywhere is something that Ali does not like at all.

A source tells the daily, ”Both of them don’t share an equation at all. Ali is definitely a bigger star today, given that he’s doing some plum projects in Bollywood and Hollywood. On the other hand, Pulkit’s films have been non-starters. And he has been a trouble maker for the whole team and his tantrums left everyone livid.”

The source adds on saying, ”Ali was upset with Pulkit hogging all the limelight during the Fukrey promotions. He even refused to be part of a few promotional activities but he didn’t make it obvious.”

It was also very recent that Ali had almost created a very awkward situation for Pulkit. He had invited the latter’s ex-wife Shweta Rohira at the screening of Fukrey Returns. But luckily for Pulkit, she was out of town. And hence could not come to attend the screening.

Talking about the film, Fukrey Returns had a superb weekend. The film collected around Rs 32 crore at the box-office and is still going strong in the theatres.