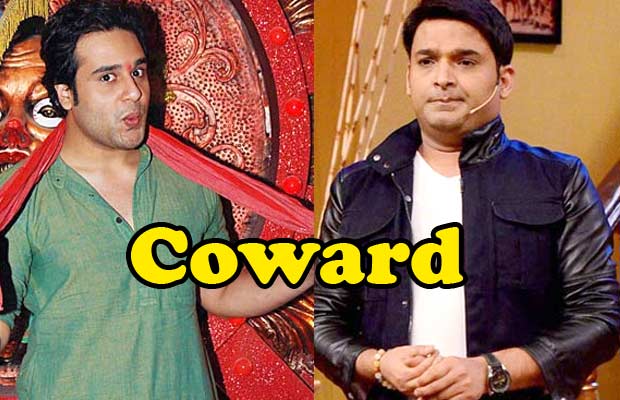 [tps_footer]Kapil Sharma is grabbing all the eyeballs with the end of the much beloved show Comedy Nights With Kapil, whereas Krushna Abhishek has another revelation to make. As we all know, Kapil Sharma is miffed with Colors TV and the hassle also led to the end of CNWK. Following the same, Krushna Abhishek who is still a new face has already started with the show having a similar name called Comedy Nights Bachao.

The said change in the show has not gone down too well with the fans of Kapil Sharma. Krushna’s show Comedy Nights Live also met with loads of criticism on the micro blogging site Twitter. Things got all the more ugly when the channel Colors did not telecast the last episode of CNWK on the stated time bracket and day and instead Comedy Nights Live was aired.

Yet again Krushna Abhishek has called for trouble by stating something irksome for Kapil. When Krushna was asked to comment on the situation he commented, that Colors was executing CNWK very efficiently and Kapil started having problems when celebrities started visiting the show Comedy Nights Live too. The stand up comedian further added that Kapil Sharma shouldn’t have left the show as Colors has made him the brand he is today and stars like Shah Rukh Khan visited his show initially because of the channel.

Krushna further added, that each one of us would have run the show as per our talent and capability. The CNL star further questioned that why Kapil did not have a healthy competition with him and instead ran away. The actor television star stated on the same lines saying that Kapil also got insecure when Gutthi received loads of fame, but Gutthi also could not sustain in the other show after she quit.

Even with all the blame games, Krushna Abhishek’s show Comedy Nights Live has met with loads of hate comments on Twitter. Well, we hope this cold war comes to an end![/tps_footer]