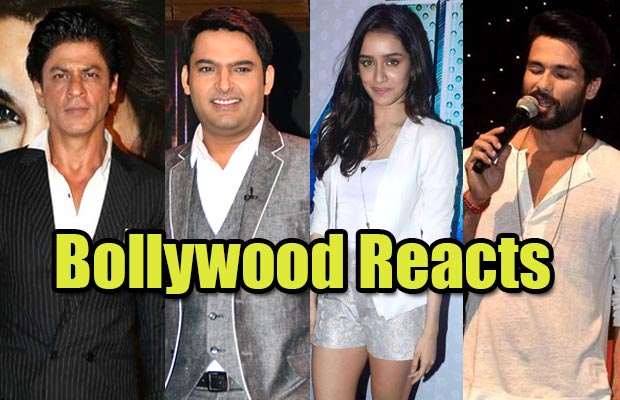 [tps_footer]It’s undoubtedly disappointing to hear that Kapil Sharma’s most loved comedy show ‘Comedy Nights With Kapil’ is coming to an end. Yes, the makers of the show shot the final episode on Tuesday and the farewell episode welcomed Akshay Kumar as the guest. The actor promoted his upcoming film Airlift with his co-star actress Nimrat Kaur.

Apparently, it is said that the entire crew of Comedy Nights With Kapil, shot the last episode like they are coming together again in the next week. After having an awesome time, making people laugh and entertain for almost three years, the team didn’t want to be sad and spoil the last moment. Kapil Sharma and the rest actors decided to be normal during the shooting of last episode.

Well, it’s disappointing for the viewers as well as for the Bollywood stars, as Kapil Sharma’s show was popular and a big platform for the stars to promote their upcoming films. From Shah Rukh Khan to Alia Bhatt, Sidharth Malhotra, Shraddha Kapoor and many others have expressed their disappointment on the show coming to an end.

Here’s what Bollywood stars have to say:

Shah Rukh Khan: “He’s a very talented man, one of the best stand-up comics we have. Apart from that, the film that he has done Kis Kisko Pyaar Karoon, he’s done very good work in it. Hope he does something else soon so that we all can be entertained.”

Alia Bhatt: “Rubbish! Really? I think the promotions might become a bit dull without Comedy Nights With Kapil, without Kapil being in our lives. During promotions, we always look forward to going on his show and have a good laugh. But he’ll do movies now, his film is doing well.”

Shraddha Kapoor: “I’ve been quite disconnected. Is it going off? That’s really very sad if it’ll go off.”

Farhan Akhtar: “I do believe that it is coming to an end. I think Kapil is a very talented guy. He has plans for himself in his life. I wish him all the best. He’s a very sweet boy and I just hope that whatever he plans for himself, he can achieve that.”

Sidharth Malhotra: “I’ve heard that he’ll come back again. So it’s a short break. It’s an amazing show; he entertains people. Comedy is very difficult and I think he’s the best comedian we have. Looking forward to his comeback.”

Athiya Shetty: “Is it coming to an end? I didn’t know about it, but its really sad as its one of my favourtite shows that makes me laugh a lot. Its like a therapy.”

The last episode of Comedy Nights with Kapil will be aired on January 17.[/tps_footer]