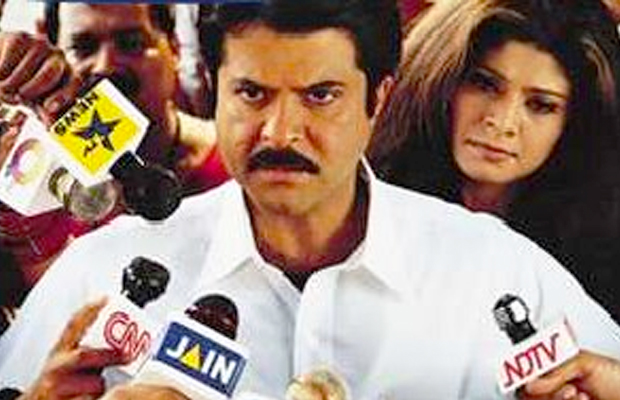 Anil Kapoor’s one of most appreciated and remembered performances, Nayak was in the news to have a sequel.

Well, it’s confirmed and official now. The film is going to have it’s sequel starring the star himself.

The actor’s film, a 2001 film by S. Shankar marked a great acting by Anil Kapoor. And with that success, he is all set to bring up a Anil Kapoor back as Nayak.

The script will be written by KV Vijayendra Prasad who is the father of SS Rajamouli. Though the music of the film had been a massive failure then, it later gained its popularity on TV through viewership.

The film’s sequence will also have fresh characters like that of Shivaji Rao from Nayak. The Managing Director of Eros International Media Ltd. said that, “Nayak created ripples on its release and was one of the most successful political satires of its time. It’s the apt time to plan the sequel in the current political milieu.”

A source revealed that Deepak Mukut shared that it was a very popular film and continues to be widely watched on television. “We have bought the rights of the film and the action promises to be even bigger and better. We will soon begin the casting process and are very excited about the project.”

Well! what could be better news than this for Anil Kapoor and the film’s fans.

Nayak is a political thriller film directed by Shankar starring Amrish Puri, Anil Kapoor and Rani Mukerjee in the film.