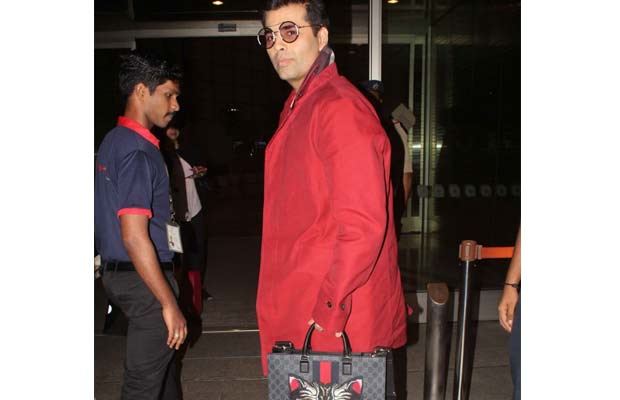 Filmmaker Karan Johar’s Gucci tote value will leave you surprised as well as leave you envy.

Filmmaker Karan Johar is not only known to throw lavish parties and bring out his tale of love at exotic locations but is also someone who believes in keeping himself luxurious and extravagance. Karan Johar was recently spotted at Mumbai airport while he was leaving to attend the IIFA Awards in New York City. The Ae Dil Hai Mushkil director made a stylish appearance in a long red jacket. But what caught our eyes was that quirky cat printed tote bag that he was holding.

The tote bag with an angry cat print is from Gucci brand and it costs $2300, which is about Rs1.5 lakh Indian rupees. Yes, you read that right! Already wondering how much you could have shopped with this amount that cost Karan for a tote bag alone? Well, that’s how stars choose to live.

Meanwhile, Karan Johar will be hosting at IIFA 2017 event, which is starting today and will conclude on July 15. The star-studded spectacle will witness the biggest Bollywood superstars. From Salman Khan to Katrina Kaif, Alia Bhatt, Varun Dhawan, Sushant Singh Rajput, Kriti Sanon and many others have already landed to New York for the event.

Take a look at the pictures of Karan Johar making airport appearance with his worth 1.5 lakhs bag: 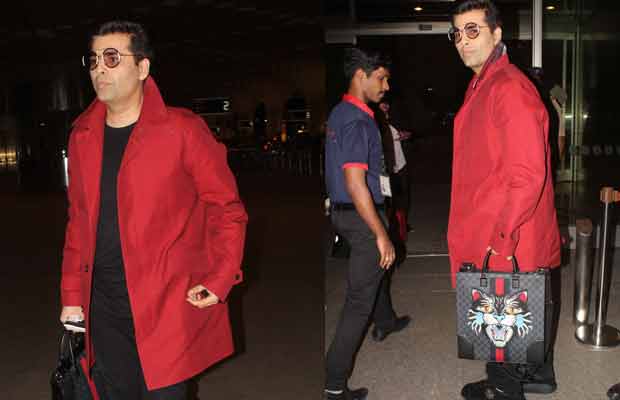