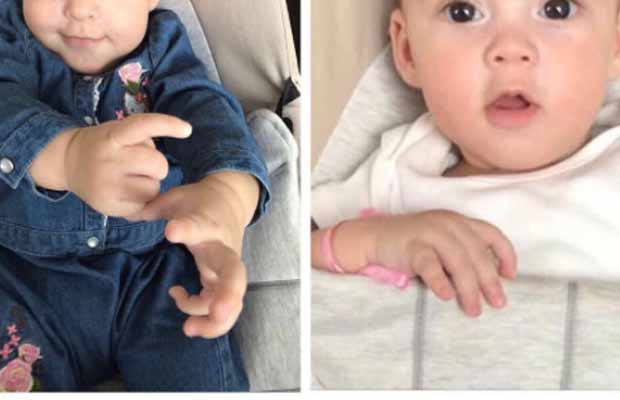 Bollywood filmmaker Karan Johar is the coolest new dad in town.  He recently became a dad to twins Yash and Roohi via surrogacy. The twins were born premature and were kept in neonatal intensive care for more than a month before coming home.

Karan Johar had shared his excitement with the world saying, “I am ecstatic to share with you all the two most wonderful additions to my life, my children, and lifelines; Roohi and Yash. I feel enormously blessed to be a parent to these pieces of my heart who were welcomed into this world with the help of the marvels of medical science”

He can’t stop sharing the cuteness with his followers and fans over social media. Karan Johar recently shared a picture of the twins gazing up at the camera with their bright eyes. He captioned the image, “My world 2.0  ”

The director also mentioned that his life has changed after Yash and Roohi have arrived.  Karan Johar is 44 years old and admits that having twins in his life is his biggest blockbuster.  Karan had been crying with joy when he was holding the twins in his arms, “When I held them for the first time, it was a beginning of a different kind of a love story altogether and I do not know how to explain it.”

The first photo of the cute twins was going viral after they turned six months old on the occasion of Raksha Bandhan with grandmother Hiroo Johar.

Producer Karan Johar also joked about the struggles of being a parent, “They’re only two months old. And all they do is eat, sleep, burp, wail, and poop. Kabhi khushi, kabhie gham!”

Karan revealed that even with all these cons, he still adores the twins and sometimes can’t really believe that they’re his kids. “I stare at them in wonder. But I can’t get over the fact that they are mine. It’s like a powerful switch has suddenly come on in my life, filling the emptiness in my personal space with new energy. I get teary-eyed just looking at them. It’s surreal to think of them as my daughter and son. It’s daunting even, but in a gorgeous way, when I wake up suddenly at night to remember that I have life breathing in the next room that I’m totally accountable for.”

Karan Johar now has two more people to think about and love, “My universe was Dad, Mom and films. But now there are Roohi and Yash. My two new friends. To me, my kids are two superstars. Every time they do anything, it is a big thing for me.”

We can’t wait to see more adorable pictures of the twins Yash and Roohi on Karan Johar social media!