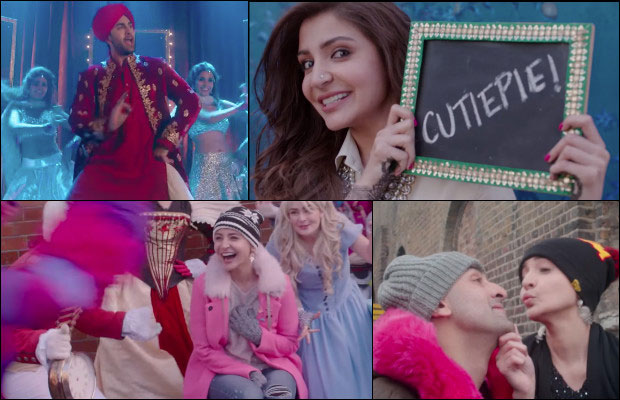 The music of Karan Johar’s Ae Dil Hai Mushkil has already topped the Bollywood charts and has managed to create the much-needed hype for the film. After peppy and foot-tapping “The Break-Up” song, the makers of the film have released a new song, ‘Cutiepie‘, featuring Anushka Sharma and Ranbir Kapoor.

Cutiepie, which is a wedding number composed by Pritam and sung by Pardeep Singh Saran & Nakash Aziz, is undoubtedly perfect song for the celebrations. The song is totally full of fun, filmy and exhilarating dance track. Peppy tunes and catchy dance moves of Anushka and Ranbir Kapoor are entertaining with a touch of ‘nautanki”. That one scene, where Anushka slaps Ranbir is one of the best highlights of the song.  Ranbir‘s reaction is oh-so-adorable! Don’t you think ‘Cutiepie’ can be the latest addition to the list of Shaadi numbers that people will groove to? The song showcases a perfect blend of unrequited love and the importance of friendship.

Ae Dil Hai Mushkil starring Ranbir Kapoor, Anushka Sharma and Aishwarya Rai Bachchan in key roles can now breathe a sigh of relief as MNS chief Raj Thackeray has given green signal to the film. During the meeting, Raj Thackeray assured that he will not oppose the release of the film. Finally, after much of troubles, Ae Dil Hai Mushkil is releasing this Friday on October 28 in a clash with Ajay Devgn’s Shivaay.