Aamir Khan was present for the promotional event of his film Dangal at a preview theater yesterday afternoon.

The makers of Dangal launched a making video of the film, primarily focusing on the actors body transformation for the character of ex wrestler Mahavir Singh Phogat.

Aamir Khan interacted with media at length on what all went in, in achieving the two extremely distinct looks of Mahavir Singh Phogat.

While a major chunk of the film requires the actor to weigh 90-95 kgs, i.e for the older version of Mahavir Phogat, in the younger version, Aamir had to weigh not more than 70 -75 kgs.

So in the beginning of the video you see a very fat and bulky Aamir Khan, weighing 97 kgs with 38% body fat! Yes all of this with the physique of an ex wrestler.

Though the weight gaining process was not very difficult, it was extremely unhealthy, taxing for his health. The actor suffered from breathing issues and also had multiple injuries while wrestling in that gigantic body structure.

But the challenging part was yet to come. After filming for the older bit, it was time for Aamir Khan to lose 25 kgs in 25 weeks for the younger part.

The initial phase was very strenuous, but with a lot of hard work and dedication, the Dangal actor made it to the desired look.

He followed a rigorous fitness regime along with long hours of work out to get into shape in less than 6 months, weighing 70 kgs with 9% body fat.

Looking at the kind of effort, blood and sweat that Aamir Khan has put in for the character of Mahavir Singh Phogat, we feel the actor has done a phenomenal job. 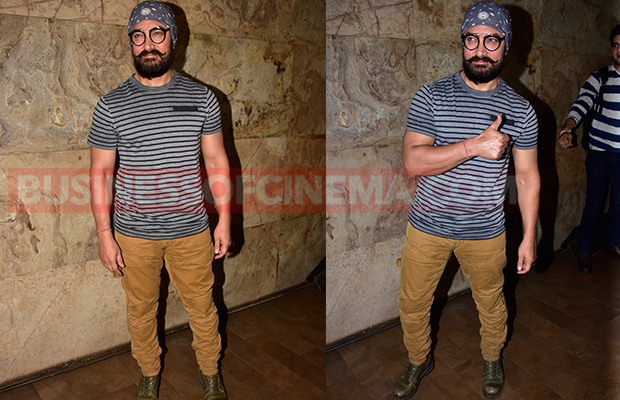 Also Watch Video: Aamir Khan Was Scared Of His Weight Loss For Dangal