Just after getting enough publicity after the success of Dangal, seems like her life has been all about being slammed on social media. Just after she made news for being upset over her life and not being a role model after meeting the Chief Minister of Jammu and Kashmir, there is another breaking news that has ignited people to take her into limelight.

Yes! The actress is getting slammed for her mother’s acts. Zaira Wasim’s mother Zarqa Wasim has shared pictures and quotes expressing her patriotism for Pakistan.

Apparently, the posts have been three years old yet they have taken all the attention of people. Some of the followers of the actress scanned the timeline of her mother and found some pro-Pakistan quotes that caused disturbance.

Since then the posts got viral and are evoking frustration among people. Although, Zaqra Wasim has deleted the Facebook account but the tweets have been flowing all over the media. 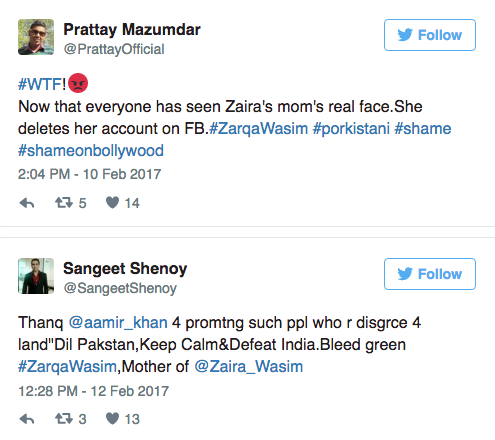 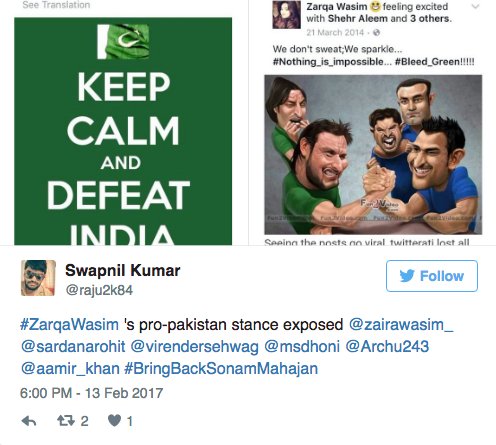 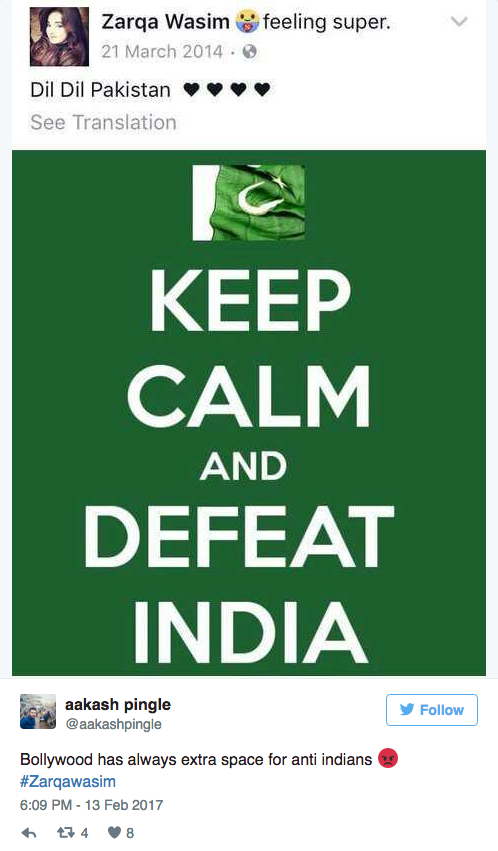 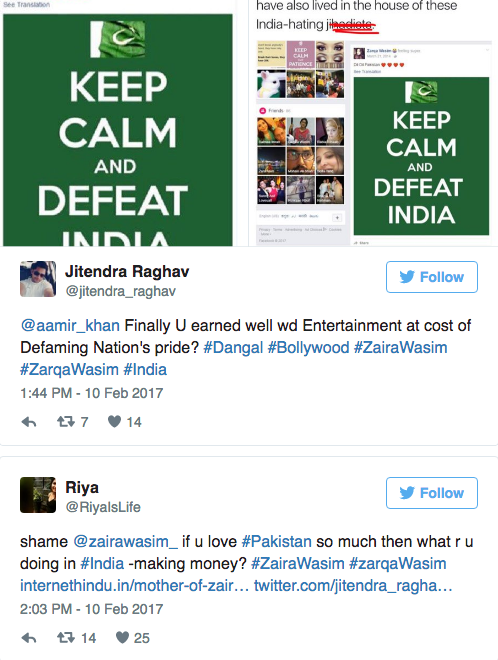 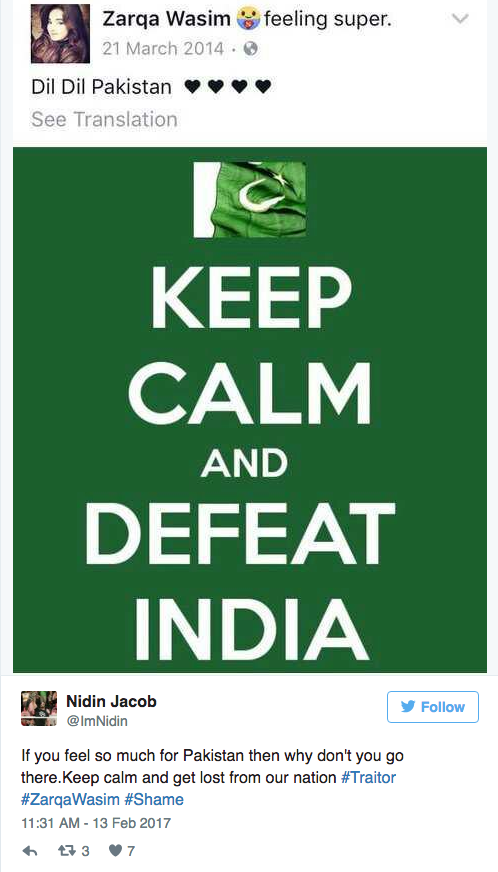 Anti-Pakistan people who have taken offence have been blaming Aamir Khan for taking up such people who according to them are a disgrace to the society.

Well! Let’s see what Zaira Wasim has to say about this new sensation now.

Also, read out how fans followers have been slamming the actress and her mother.