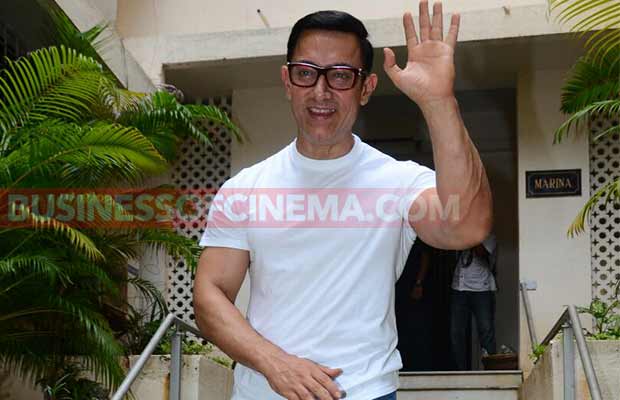 [tps_footer]Aamir Khan‘s fans are in for a treat! The actor will be singing a full-fledged song in his upcoming film Dangal!

He will not only be singing but also rapping! This is gonna be a pure treat to the audiences who are eagerly waiting for Dangal‘s release.

And what’s more ! This is going to be an upbeat track. It has been composed by Pritam which will be a peppy track with the actor’s voice with lyrics that has been given by Amitabh Bhattacharya . Pritam has also composed the music for the film.

The Dangal actor has in fact even trained into singing continuously for 2 weeks. Aamir has been rehearsing for the song every day along with Amitabh Bhattacharya and Pritam to make sure that the track is well done and there is no stone left unturned.

In the past, we have heard Aamir sing two lines in his popular films like Sarfarosh, Ghulam and the most recent Fanaa. Now the actor will be singing an entire song for Dangal.

The poster of the film has already gathered tremendous feedback from all quarters. Aamir’s look in the poster was one of the highest talking points amongst his fans and audience.[/tps_footer]