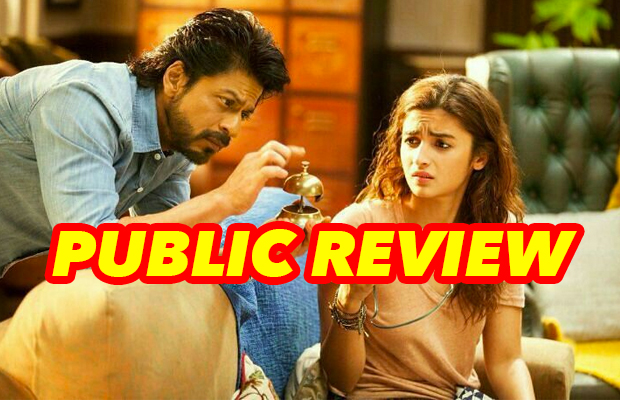 Alia Bhatt and Shah Rukh Khan starrer Dear Zindagi is releasing tomorrow, November 25, 2016, but the film is already out in the US and the first review is out too.

The film revolves around budding cinematographer Kaira (Alia Bhatt), who is in search of a perfect life. She happens to meet Dr Jehangir Khan aka Jug (Shah Rukh Khan), an unconventional thinker. The rest of the movie is all about how Jug helps Kaira gain a new perspective about life.

Going by the reviews, Alia Bhatt has done complete justice to her role. Shah Rukh Khan has played an extended cameo role and managed to impress the viewers as always.

The makers of the film hosted a special screening of the film yesterday in Mumbai. Who’s who of the B-town watched the much-awaited film on a big screen. Post the screening, the celebs also took to their twitter to express their views on the film and it seems director Gauri Shinde has once again hit it and the film is in and out a winner.

We bring you audience review on the movie shared on Twitter.

CLICK NEXT TO KNOW WHAT THE AUDIENCE HAVE TO SAY ABOUT THE FILM!