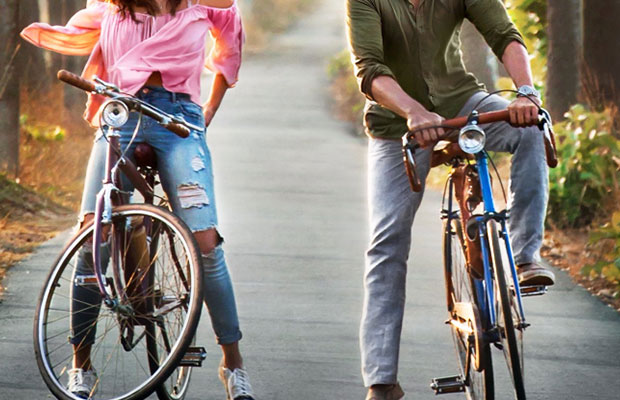 Shah Rukh Khan and Alia Bhatt are making us excited about the film Dear Zindagi, with their cute Twitter conversations. First, they revealed the first look of the film a few months ago on their Twitter chat. Yesterday, they made us excited by telling us that they have something planned for us on Wednesday. Since then, fans are going crazy over what they are expecting on Wednesday.

Just like these fans, even Alia seems to be impatient and cannot wait for Wednesday to arrive. The Udta Punjab actress tweeted to King Khan to help her how to deal with this Tuesday. The gorgeous actress tweeted a video to SRK and asked for a solution.

The Baadshah also replied to Alia. He answered the impatient Alia very well. SRK is having a shower and is cutely annoyed by  her impatience. Yet, he answers her query and reveals to her that the poster of Dear Zindagi will be out soon. And guess what? The poster is finally out.

SRK and Alia are on a cycle and look too good. From the poster itself we can see the comfort she finds in her mentor Khan.

Finally fans got to see something about the film after so long.

In the film, SRK plays a mentor to Alia and these Twitter chats are just small examples about how their equation in the film will be. Dear Zindagi also stars Aditya Roy Kapur, Kunal Kapoor, and Ali Zafar in the lead roles. The film is releasing on November 25. 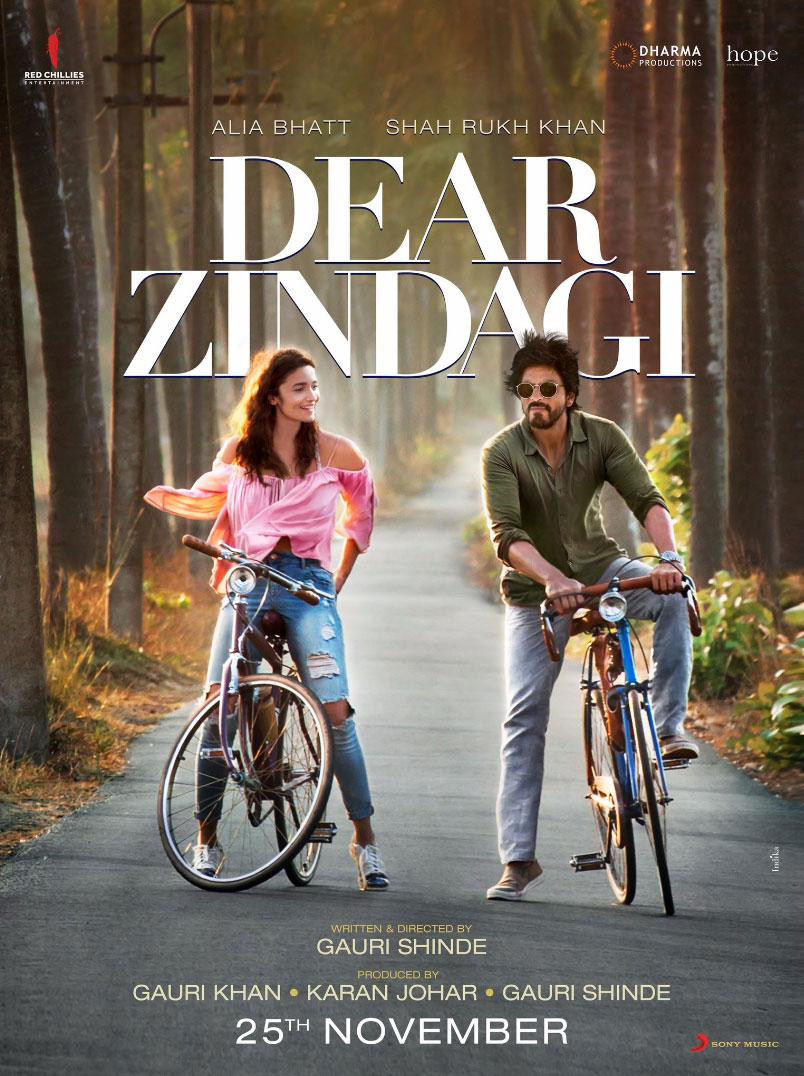 Have a look at Alia and SRK’s Tweets below:

Hmmm need to figure this out? Ok gimme a little time to brush my teeth, just woke up. Getting back to u. https://t.co/i4T2PD9rbb

.@aliaa08 maybe the promise of another better day, will quell the Monday blues. Anything else???#DearZindagi pic.twitter.com/f0yPdY2dNS

This @aliaa08 has no sense of timing. But I have to answer her….wherever I am. Hope the poster helps. #DearZindagi pic.twitter.com/VuNfdbj3dM