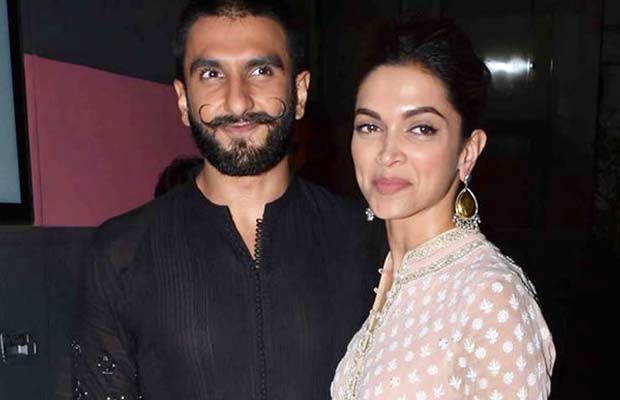 Ranveer and Deepika have always shied away from accepting their romance, however, the two stars are now flaunting their strong relationship and bonding to the onlookers. From holding their hands to hugging each other publicly, the cutest couple has given a perfect dose of PDA.

Recently, both the actors bagged awards for their respective films at the recent awards event. Post awards event, Deepika Padukone progressed to give an interview on her win for ‘Best Actress’ for her film ‘Piku‘. The gorgeous actress was asked about how Ranveer Singh feels on her working equation with ex-boyfriend Ranbir Kapoor. And guess what? Deepika accidentally addressed Ranveer Singh as her ‘boyfriend’. Yes, she did that!

The actress replied saying that it would be unfair to ask how insecure her ‘boyfriend’ was about it. The actress then went on to say that Ranveer Singh would answer the question best that she always tried to make her relationship easier by being honest.

Also, there were speculations that the adorable couple would be announcing on their relationship this year, but it seems Deepika has accidentally made it clear before it. Don’t you think?

Ranveer Singh and Deepika Padukone are known for their love instances towards each other, the two superstars are always seen adorable at their best and we just can’t get over them![/tps_footer]