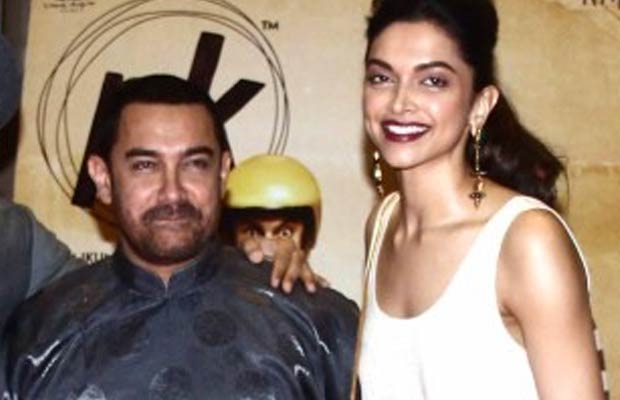 [tps_footer]From the time Yash Raj Film announced their next venture – Thug the film has been facing many controversies. Previously Hrithik Roshan was being cast for this film but now according to reports Mohenjo Daro actor opted out of the film and now Aamir Khan is being considered for the film. It is heard that along with Aamir Khan, even megastar Amitabh Bachchan will feature in the film Thug.

Thug will be helmed by Vijay Krishna Acharya who has also directed Yash Raj Film Dhoom 3. And now if Aamir Khan agrees to do this film, there will be a reunion of the two and expectation from them will rise high. Even YRF and Aamir Khan are teaming up for the second time and that too for a thief concept film.

Till now we were unaware about the leading lady of the film but today if the rumours are to be believed then Deepika Padukone will star opposite Aamir Khan. If this happened then Thug will be the first film for this fresh onscreen pair.

According to the media reports, Deepika Padukone was offered Dhoom 3 before Katrina Kaif but due to Deepika’s prior commitments, she rejected this film. Otherwise, we would have seen the chemistry of Aamir Khan and Deepika Padukone in Dhoom 3 itself.

Never mind let us hope we get to see Deepika and Aamir creating magic in the film Thug.[/tps_footer]