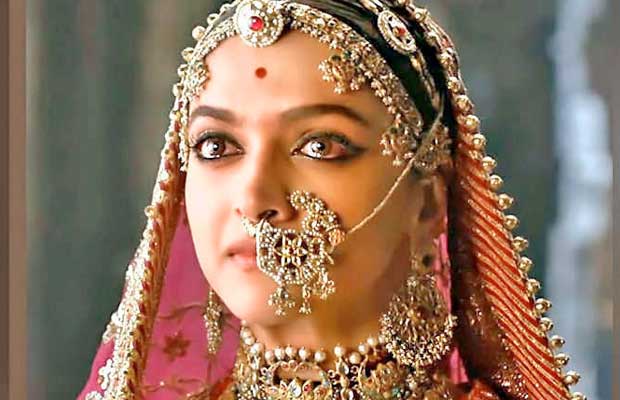 Deepika Padukone has been showered with praises for her outstanding performance in the magnum opus period drama Padmaavat.

The actress who portrays the role of Rani Padmavati symbolizing not just beauty but also courage and valour, has set a huge benchmark for other actresses with her brilliant performance in the film.

Ahead of the release of much awaited film, Deepika Padukone who shoulders the magnum opus, is receiving highest level of praises from film critics across the nation.

Renowned film critic Taran Adarsh lauded the actress saying, “It doesn’t take a crystal ball to foretell that not only will Deepika Padukone’s act dominate the award season next year, but she will also win tremendous love and adulation for her portrayal. She is the lifeline, the strength of #Padmaavat.”

Ramesh Bala said, “@deepikapadukone as Rani #Padmavati is exceptional.. Her dignified portyal of the character will fetch her lot of awards.. The role requires someone who is a stunning beauty, with intelligence and kindness.. She is convincing in all three counts..  “.

Praising the actress, Neeru Sharma said, “Maharaani padmavati @deepikapadukone ko shat shat namaskaar!! I don think any other heroine will ever surpaas the bar which u have raised so high!! Heartiest congratulations for putting up such risky efforts with elan! #Padmaavat is no doubt is a masterpiece of your hard work”.

Another critics Kaushik LM said, “#Padmaavat 1st half – @deepikapadukone with her angelic beauty, is the driving force of the plot. She’s gonna take more prominence in the 2nd half.”

A reputed media organisation praised the actress saying, “Deepika expresses so much, especially through eyes, it is commendable. Whether it is love or anger, every kind of emotion can be easily felt with Deepika’s eyes.”

Critic Alok hailed Deepika Padukone as the royal queen saying, “She will make you Happy  ,She will make you Teary with Proud .. She will Tell you the beauty of Being a Rajput and Power of Rajputi kangan n Mind   @deepikapadukone  FAB Rani Sa !!”.

Tushar Joshi praising the expressive eyes of the actress said, “@deepikapadukone that climax and those moments of you just letting your kohl eyed gaze do the talking. Outstanding. #Padmaavat will be such a shining star on your rich resume. Respect!”

Ramnath Shankar termed the actress’ performance an award winning act and said, “The Indian film industry should be blessed to get a actress like @deepikapadukone ! She has delivered a terrific performance in #Padmaavat ! Will not be surprised if she wins many awards for this role   Especially her acting in the climax will leave audience spellbound !”.

Terming Deepika Padukone’s performance as a benchmark too tough to surpass for other actresses, critics have hailed her performance as the royal queen.

Matching up to not just the unimaginable beauty but also the courage and valour of Rani Padmini, Deepika Padukone has more than justified why she is the  perfect choice for the role.

Reviews talk about how she nailed the act and expressed different emotions with just her eyes.The reviews further speak about the acting prowess of Deepika Padukone, making Padmaavat one of her best performances till date.

With the rave reviews pouring in, Deepika Padukone has undoubtedly intrigued the audience to witness the epic tale. Going by the initial reviews the film promises to be an award winning performance by Deepika Padukone whose beauty is the driving plot of the film.