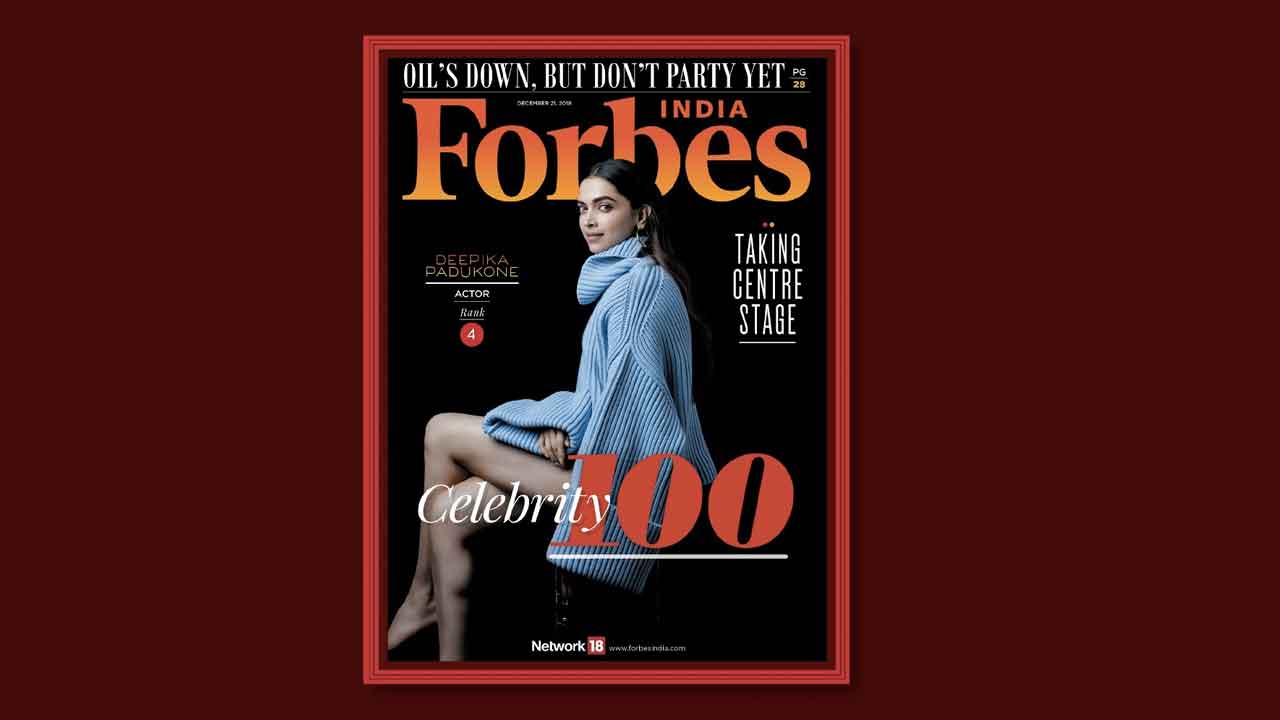 Bollywood’s leading lady Deepika Padukone achieves yet another feat as she emerged as the first woman to carve a place for herself in the top five of the Forbes Celebrity 100.

Ranking on number 4, Deepika Padukone bags a place in the top five of the richest Indian Celeb list. Deepika Padukone graced the cover of Forbes India as the magazine unveiled the list for the year.

Deepika Padukone not only won hearts of the audience with her award-winning performance in Padmaavat,  but also emerged as the first actress to headline a 300 crore film.  The actress who earns Rs. 112.8 crores annually, was paid more than her male co-stars for the magnum opus and has emerged as the highest paid actress of Bollywood.

Honouring the accomplishments of the actress, Forbes India took to their Instagram handle and unveiled the cover sharing, “Deepika Padukone (@deepikapadukone) is the first woman to break into the top five on the #ForbesIndiaCeleb100”.

Deepika Padukone raised the temperature on the cover in a pale blue cardigan and accessorized her look with hoops.

Earlier this year, the actress also featured in the TIMES 100 most influential list and also raised a toast for the same.

One of the most followed women not only in India but also in Asia. Deepika Padukone commands the love from her fans across the globe.

On the work front, Deepika Padukone turns producer for Meghna Gulzar’s next directorial. The actress will also play the lead in the film, which is the story of acid attack survivor Laxmi Agarwal.