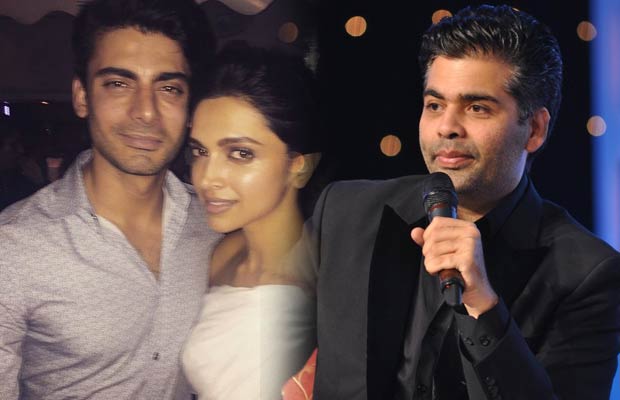 [tps_footer]If reports are to be believed then Fawad Khan and Deepika Padukone might soon share screen space with each other for a Karan Johar movie. Fawad is already a favorite of the masses after his impressive performance in the film ‘Kapoor & Sons Since 1921′. The Pakistani actor has innumerable female fans in the country already.

The project is still in talks and no confirmation for the same is made. It is rumored that the yet in talks film will be a love story. Now whether Karan Johar will be the man behind the lenses or no only time will tell.

Currently, all the three celebs are busy with their respective commitments. Karan Johar is currently busy with ‘Ae Dil Hai Mushkil’ starring Ranbir Kapoor, Anushka Sharma and Aishwarya Rai Bachchan in lead roles. Deepika Padukone who is also in the limelight for her love life with Ranveer Singh is yet to sign her tinsel town film. Handsome hunk Fawad Khan is undoubtedly on cloud nine with the success of his just released film ‘Kapoor & Sons Since 1921.’

We cannot stop thinking about Deepika and Fawad together on the silver screen![/tps_footer]