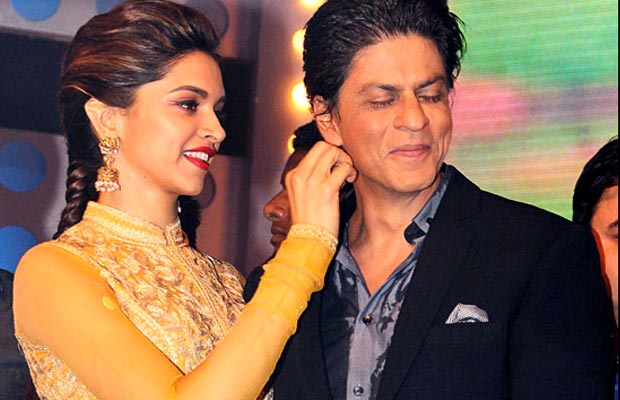 [tps_footer]Deepika Padukone is one actress who never forgets her mentors. The actress who is currently the ruling queen of the Bollywood industry made her debut with superstar Shah Rukh Khan. Since, her entry into the tinsel town Deepika has always been open about her undying rapport with Shah Rukh Khan. The Bajirao Mastani actress has always maintained that SRK will always be the most important to her given her equation with him.

As we all know, there were reports floating about the rift between King Khan and Deepika. With their respective films namely ‘Dilwale’ and ‘Bajirao Mastani’ releasing on the same day, many predicted that their friendship might go sour with the competition.

However, nothing of that sort happened and beautiful actress Deepika Padukone has cleared the air about the same saying, “I find it ridiculous that people try to create a situation that doesn’t exist. I will always love him. I am very protective of him, and I was really missing him when I tweeted.”

The amazing starlet further added, “We have done such special work together, and when we do films, promotions are something that we really look forward to because we have a lot of fun. I was missing him, and I know he was missing me. That’s how well I know him. Nothing can ever come in the way of that. Nobody can come in the way. It will never happen.”

Well, seems like Deepika Padukone and Shah Rukh Khan have a very strong bond of friendship which remains unaffected by the floating rumors.

On the film front, Deepika has recently bagged her first Hollywood project with Vin Diesel and Shah Rukh Khan is busy with the shooting of his upcoming film ‘Raees’.