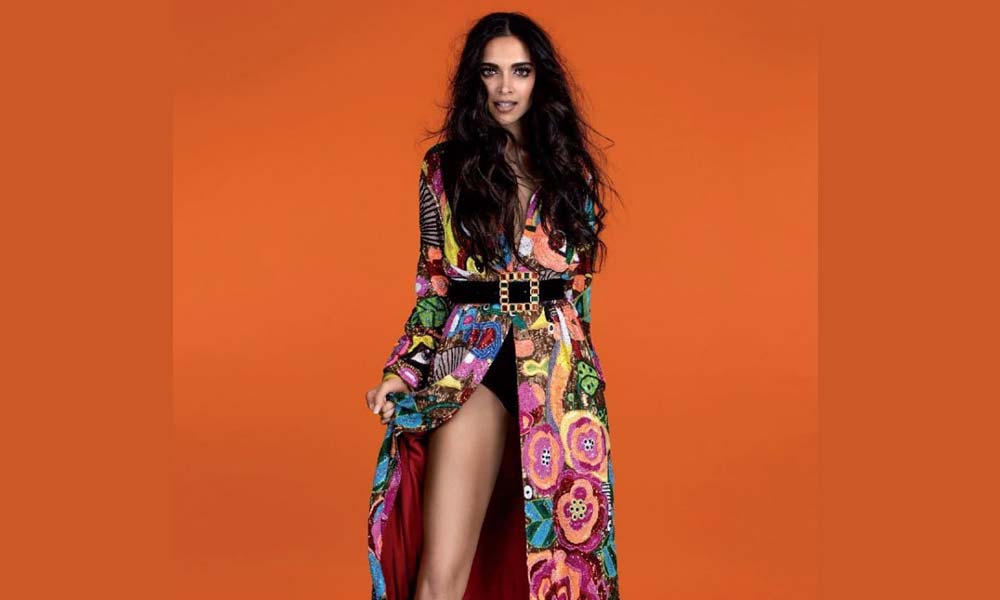 Bollywood’s leading lady Deepika Padukone proves she’s the ultimate stunner in the industry and here is a proof.

Casual, chic and dressed in a melange of colours, Deepika Padukone makes for the finest cover star there can be. Easy on the eyes, yet so eye-catching.

Let the eyes do the talking! Deepika has set the mercury soaring with her new #Filmfare photo shoot. Donning cheetah print outfit accessorized with a golden neckpiece.

Dressed in the party colours of the season, the stunning Deepika Padukone strikes a pose.

Filmfare unveiled another picture of the actress captioning, “Wonder Woman! Adding a bright pop of colour to the holiday season, @deepikapadukone sizzles in style in this new picture from our latest cover shoot.”

What a year it has been for Deepika Padukone! Starting off 2018 with the grand release of Padmaavat that won the actress appreciation like never before to trailblazing at international red carpets like Met Gala and Cannes Film Festival to being the only woman in the top 5 of the Forbes Indian Celebrity list and reclaiming her throne as Asia’s sexiest woman. Deepika Padukone is definitely the biggest newsmaker of 2018.