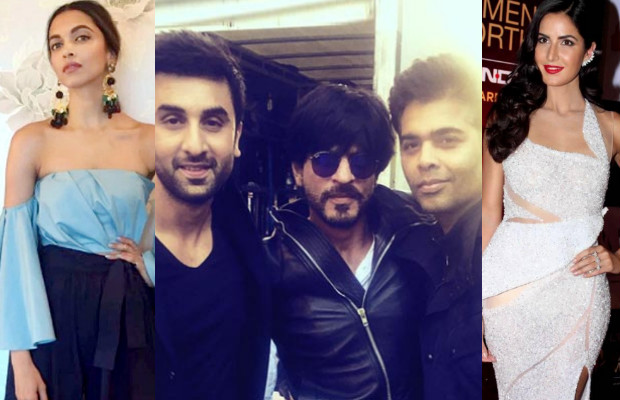 Karan Johar is known for having complex storylines and a starcast everyone remembers. Remember, Kabhi Alvida Na Kehna’s starcast. Such was the case with Ae Dil Hai Mushkil wherein he gave a cameo by his favourite Shah Rukh Khan. Well! Now the buzz is something else related to his next film. What is it?

Apparently, It is said that Karan Johar is set to cast Shah Rukh Khan and Ranbir Kapoor in his next film wherein they will be seen playing brothers who fall into a complicated love triangle with the same girl. But who is the girl?

As per reports, the director is considering the Queen of all time, Deepika Padukone who is ruling the industry now. But the confusion arose when rumors hit saying that he can also consider his current favourite Katrina Kaif.

But then the question that comes is, Will Katrina Kaif share screen space with her ex-boyfriend Ranbir Kapoor after their breakup?

Earlier the news was that Karan Johar might direct Shah Rukh Khan and Aishwarya Rai Bachchan in his next. But when he was asked the filmmaker denied such news.

Well! Till then let’s wait for an official announcement.

Karan Johar, apart from success of his film Ae Dil Hai Mushkil, is high on the success of his most popular talk show Koffee With Karan. Karan recently launched his autobiography and was in the news for many controversial chapters that he has disclosed in the book.