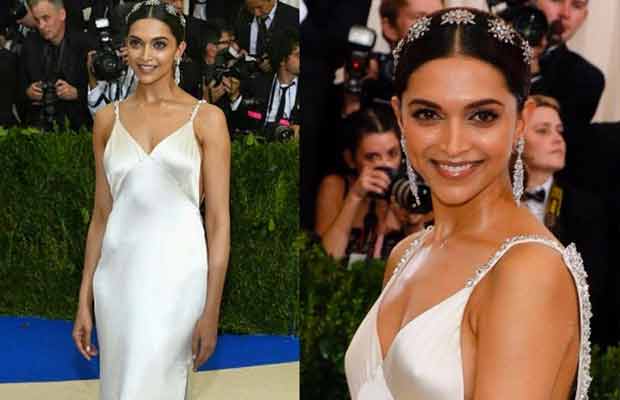 Deepika Padukone was criticized earlier for her appearance on the famous Met Gala, 2017.

The Bollywood beauty Deepika Padukone recently made her debut at the famous Met Gala, 2017. For the big event, the actress and her team had chosen a shiny white slip dress for her. While some people found her looking ravishing in that outfit, for some others it was not up to the mark. There was Priyanka Chopra as well at that event, adorning a long trench coat, which made grounds for several memes and funny posts on the social media.

The Bajirao Mastani actress attended the Cannes red carpet collection event today. When she was asked about what she feels about the memes which had started pouring in after the event, she had a very subtle reply.

The actress was quoted saying, “I have always looked at everything as opportunities. For me or her (Priyanka Chopra), it is not about what we are wearing but it is the opportunity of being at the event. For me, it was that. Some may like it, some may not. People you meet and the experience you have are the memories you make. The only time I would allow any sort of comment to affect me is when my mom or my girlfriends give me some flak for it.”

The actress even commented upon the International media referring to her as PC. When she was asked if she feels offended, she said, “Absolutely. It’s not just me being offended. Everyone should be offended. It is not just ignorance, it is racist. Two people of the same color aren’t the same. You should educate them and not encourage them.”