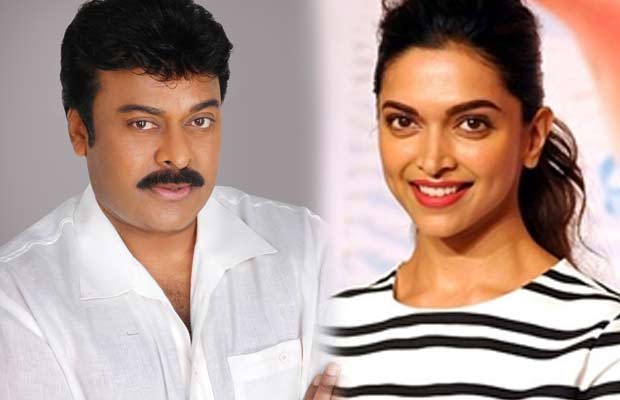 [tps_footer]Bollywood and Hollywood’s hottest actress Deepika Padukone is already proved her acting skills in both the industries and, now she is gearing up for making her debut in Telugu movies. Yes, after Bollywood her next destination was Hollywood where she has completed the shooting of her first Hollywood flick xXx:The Return Of Xander Cage and now it’s reported that our gorgeous Mastani Deepika will star in a Telugu remake of Vijay-Murugadoss‘s Kaththi, opposite South Industry superstar and veteran actor Chiranjeevi. He will be making a comeback on the silver screen after a gap of fifteen years because Chiranjeevi was focusing more on his career in politics but now it’s said, he will take a break from politics and get back to his passion for doing films.

We have seen Chiranjeevi performing in Bruce Lee The Fighter along with his son Ram Charan who is the heartthrob of South Industry and it will be a delight to watch him making a comeback in movies. Deepika Padukone is surely the luckiest diva of the cinema world. She always gets the biggest of stars to make her debut like she got to make debut in Bollywood with Om Shanti Om opposite the King Of Romance Shah Rukh Khan, her Hollywood debut is with Vin Diesel and now her Telugu debut is expected opposite Chiranjeevi in Kattilantodu which will be directed by VV Vinayak. We wish the best for Deepika and Chiranjeevi!

For now, we can expect Deepika Padukone to shoot for an item song for Raabta starring Sushant Singh Rajput and Kriti Sanon in Budapest and we can keep our fingers crossed to see DP making her Telugu debut in Kattilantodu opposite Chiranjeevi.[/tps_footer]