With her star on the rise, she continues to amass a huge fan following on social media from across the globe. Earlier this year,Deepika Padukone became the most followed woman on Twitter in Asia with a whopping 16 million followers!

Twitter India recently released its “Most Followed” list for 2016 and it’s no surprise Deepika Padukone is the most followed Indian woman on the platform. The list also features Prime Minister, Narendra Modi at the top spot followed by Bollywood actors like Amitabh Bachchan and Shahrukh Khan.

Though Deepika Padukone has admitted to not being very tech savvy, she has always been able to leave a lasting impact on her fans on social media by always engaging with them and making them feel special. Her fans are some of the most ardent and active a celebrity can have and they come from across all age groups and walks of like.

With an ever growing fan base constantly talking about where she was last spotted, what she was wearing to the characters she plays, the digital community seems to be completely smitten by the beautiful actress.

Deepika Padukone continues to be the most dominant Bollywood actress on social media with her also being the most followed Indian woman on Facebook and Instagram.

The actress is currently shooting for her upcoming movie, Padmavati. 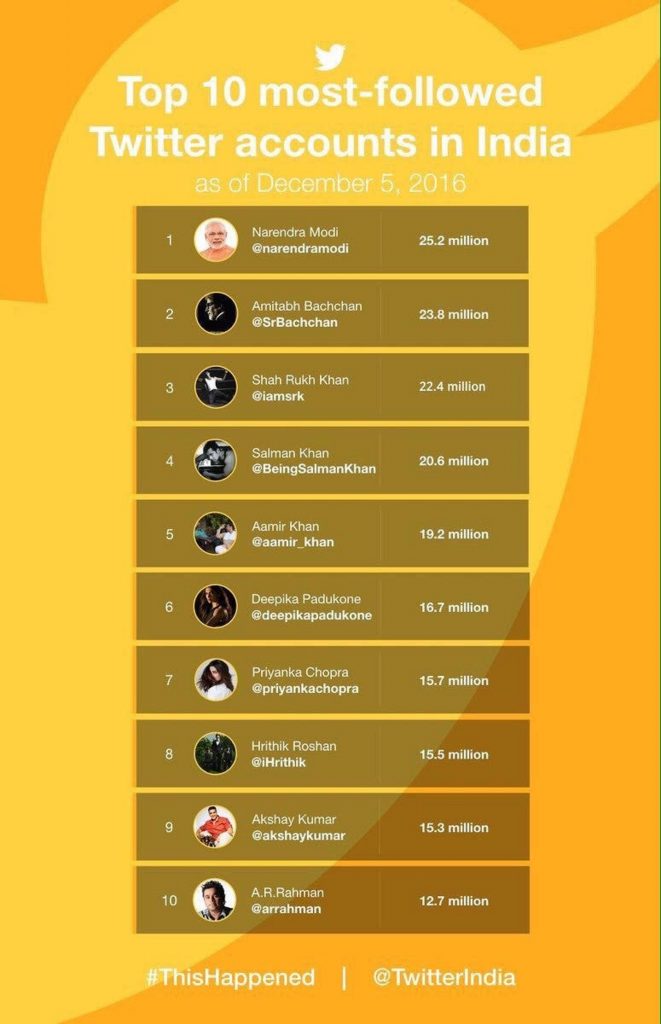