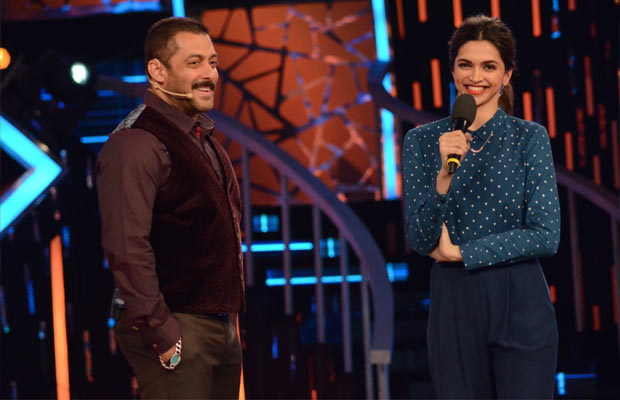 [tps_footer]Oh yes! International star Deepika Padukone is all set to work with Sultan Salman Khan in a Kabir Khan directed movie. Over the years, Deepika has grown as a person, as a performer and she has learned a lot till today which has made her wiser as a human and as an artist too. She knows how her audiences look at her and what kind of expectations are there with her when she is signing a project. It’s tough to be a star and it’s even more difficult to maintain stardom and success once you achieve it. So far, Deepika Padukone is handling herself, her life and career very well and we wish her more success.

Recently, we got the news that the shooting for xXx: The Return Of Xander Cage is finally done and Deepika Padukone will  be back soon to continue her successful career in Bollywood. Her co-star Vin Diesel will move on to the eight installments of blockbuster franchise Fast And Furious and Deepika Padukone is looking forward to finally work with Salman Khan. It was said a lot of times that Deepika hesitates to work with Salman Khan because she started her career with Shah Rukh Khan in Om Shanti Om and we all know SRK and Salman have a katti-batti relationship. Now, DP certainly didn’t want to mess around her equation with any of her seniors and especially these two superstars who always assure a hit at the box office because of their die hard fans. But, now we got to know that one thing which has kept Deepika away from doing a movie with Salman Khan for so many years.

No, it’s not Ranbir Kapoor, the fact is that very few actresses manage to get a meaty role, an important role to play in “Salman Khan” movies because all the limelight, best dialogues, best songs are already decided for him and most of the time Bhaijaan takes his own decision what he will do in a movie and what he won’t. That’s why he is called Dabangg Khan! And, Deepika doesn’t want to play a role which is not given importance, so she has demanded a confirmation for her role to be valuable in Kabir Khan’s next and reportedly, this is the only one condition that Deepika has on her mind while working with Salman Khan.[/tps_footer]