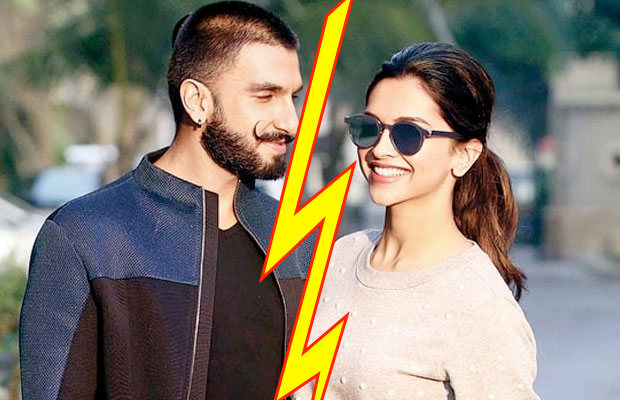 [tps_footer]Looks like the couple who used to give us major relationship goal ideas are going through a slightly rough patch due to their work commitments as they have been staying away from each other lately. Apparently, they recently had an argument in Paris where Ranveer was shooting for his upcoming film ‘Befikre’.

Its just discovered the reason and it is a little heart wrenching because the issue was simple! Ranveer Singh is upset that Deepika Padukone does not acknowledge her relationship in the open, infront of the media and she stays absolutely quiet about it when in question. Aww, cute.

In a recent interview Deepika had stated that she was not sure about the intensity of her relationship with Ranveer and then she told the media “There’s nothing to respond to. As I said, I have never responded to such rumours and I don’t plan to anytime soon. Ranveer has been and will always be an important part of my life. That will never change”

Okay sounds legit. But even Ranveer hasn’t “officially” acknowledged the relationship though we all know how demonstrative he can get about his lady love and how often they make public appearances together. We totally understand Ranveer’s point.

According to a source “Well, he may not have acknowledged it per se. But isn’t he extremely demonstrative whenever the two are together for anybody to understand that he is crazy about her?”

When asked about Deepika, the source also added “She need not be demonstrative but at least, she should not spread wrong information na? For example, she spread the news that she was not in Paris but very busy with her work— when the truth was that she was spending quality time with Ranveer in Paris.”

We are guessing this is a lover’s spat which will die down soon because they two are absolutely adorable and no we don’t want them to split![/tps_footer]