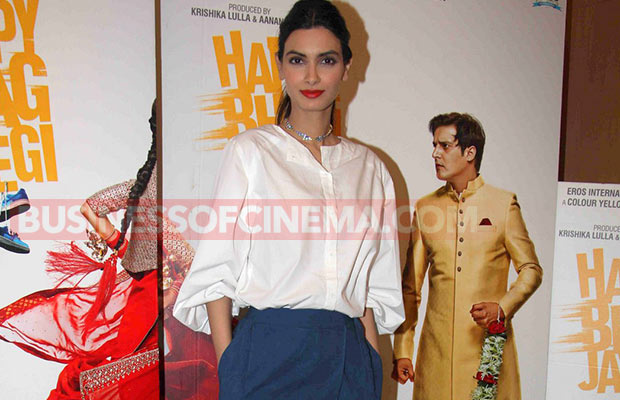 [tps_footer]Actress Diana Penty is returning to the silver screen after a stint of 4 years. The reason for such a long wait was because she did not want to put pressure on herself and sign every film that came her way. “The break was not a conscious decision. Me not doing films has been misinterpreted. I was just playing it by ear and didn’t want to put any pressure on myself.”

The actress further added, “Cocktail happened overnight. I didn’t have the time to think and got into films without realizing what I was doing.”

Diana who will next be seen in Happy Bhag Jayegi explained that she was offered a number of films but nothing appealed to her, “I didn’t want to do whatever came my way, but rather, what I felt was right for me. I agree it was an unconventional way of going about things, but sometimes it’s best to follow your instincts”, the actress signed off.

Happy Bhag Jayegi which stars Abhay Deol, Jimmy Sheirgill and Ali Fazal alongside Diana, is all set to release on 19th August 2016.