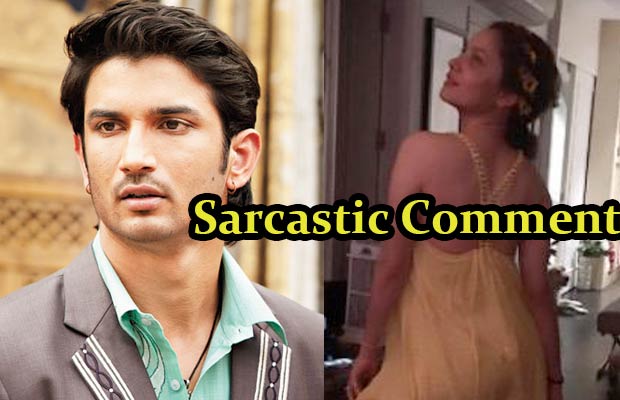 [tps_footer]Ankita Lokhande and Sushant Singh Rajput have officially parted ways. The two talented stars who fell in love with each other on the sets of the serial Pavitra Rishta were inseparable. Sushant and Ankita never shied away from flaunting their affection towards each other. The two actors publicly admitted to seeing one another unlike other couples.

Just when everyone thought they will soon tie the knot, tables turned to an all-time low. Sushant Singh Rajput and Ankita Lokhande who were in a live in relationship parted ways with each other shockingly. The two stars shocked everyone with their decision. Many rumors claimed that Ankita’s insecure nature was the hindrance to this relationship. Speculations making rounds also stated that Sushant’s closeness with costar Parineeti Chopra was the troublemaker in the relationship.

The two once upon a time love birds grew apart, but Lokhande still claimed that they are very much together. Well finally, the Pavitra Rishta starlet has come in terms with the heartbreak. Lately, Ankita has transformed herself completely. After all the emotional hassle the pretty actress is seen shedding kilos and is also posting mind blowing pictures of herself.

Recently, Lokhande startled everyone when she posted a quote on the photo sharing app Instagram. The message was evidently directed at Sushant. The quote suggested indirectly how Ankita helped the Kai Po Che actor through his difficult times. 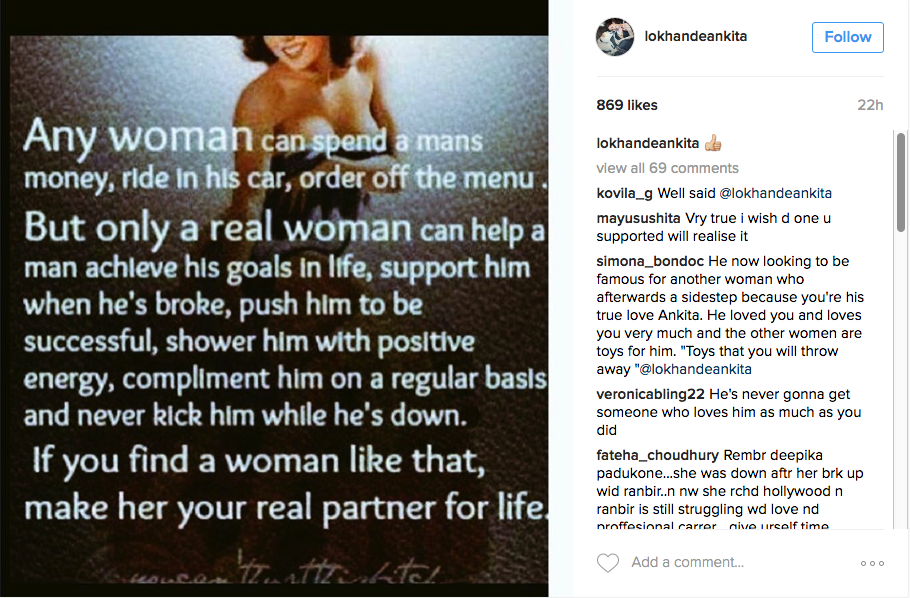 Well, we cannot help but read between the lines! On the work front, Ankita Lokhande might soon make her tinsel town debut.[/tps_footer]