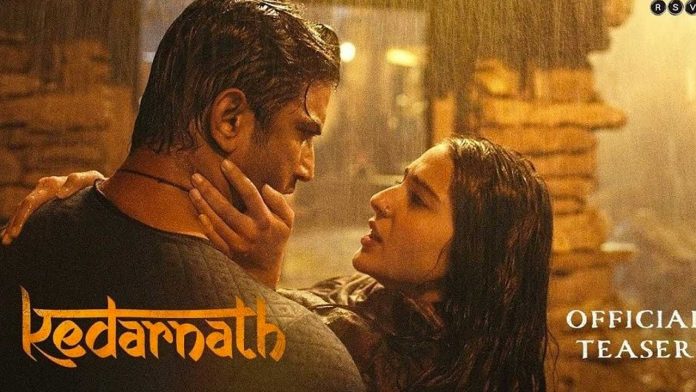 Actor Sushant Singh Rajput who will be playing the character of a pitthoo in his next ‘Kedarnath’, underwent rigorous preparation to perfect the part.

Sushant Singh Rajput went through special training sessions by the local Pitthoos. Even during the shoot of the sequences a team of pitthoos explained him techniques to lift people and climb the stairs.

The actor did all the hard work and trained for the role at real locations and didn’t use any body double for his part. Sushant practised many times and made sure he does this scene himself without any body double.

The first song of the film ‘Namo Namo’ along with the trailer showcases Sushant’s hard work as we can see him carrying a pilgrim.

Talking about the experience, Sushant recalls, “A thorough search and training is always necessary for characters in movies like these. I’m glad the team was more than helpful to guide me through the training. The vibe of Kedarnath and the thought of divine values in the work of pitthoos only added to my motivation.”

Directed by Abhishek Kapoor, the film goes with the tagline ‘Love is pilgrimage’ and mainly revolves around the 14 kilometre-long journey from Gauri Kund to the Kedarnath shrine.

The trailer showcases the incredible chemistry of Sushant Singh Rajput and Sara Ali Khan picturized against the picturesque locations of Uttarakhand.

The blooming love story of a Pithoo and a pilgrim faces the wrath of the nature as the holy place drowns in flood, however, love rises above all in the trailer of Kedarnath