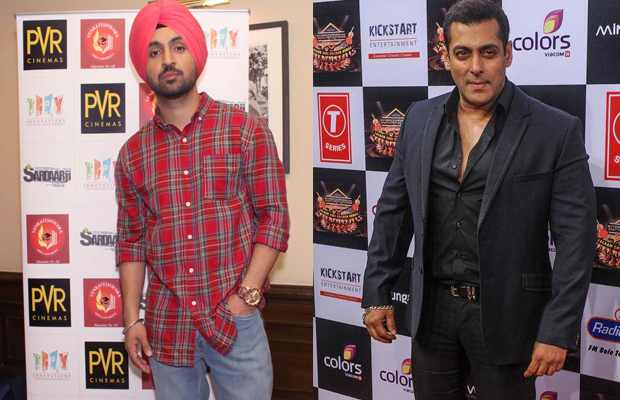 He is a big name in Punjab and has set of audiences and fans that love him. Diljit Dosanjh made his acting debut in Bollywood with Udta Punjab where he played a cop dedicated to the removal of drug abuse problem from the state of Punjab.

In a recent Actor’s Roundtable Conference hosted by famous film critic, Rajeev Masand, Diljit shared his fan boy moment. The actor-singer said it was with none other than Salman Khan.

Diljit recalls meeting the Bigg Boss host while he was in Punjab, shooting for a song sequence for his 2011 film, Bodyguard.

Diljit shared the table with big names of Bollywood like Amitabh Bachchan, Ranbir Kapoor, Shahid Kapoor and Sushant Singh Rajput during this interview.