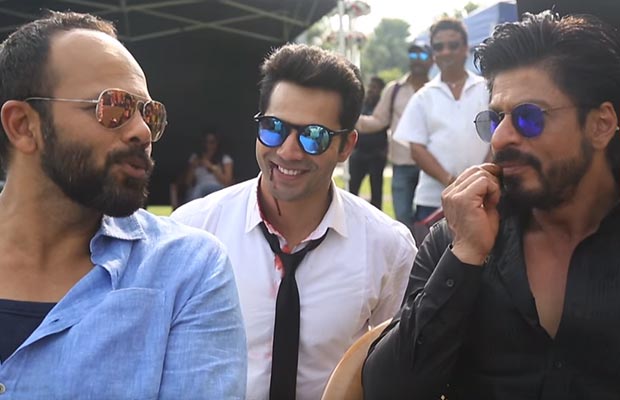 [tps_footer]‘Dilwale’ has already released and has also created a commendable box office collection, but seems like the stars of the film are still missing their fun filled shooting schedules. Rohit Shetty directorial film ‘Dilwale’ stars actors Shah Rukh Khan, Kajol, Varun Dhawan and Kriti Sanon in lead roles, but when it comes to playing pranks no one can beat Rohit Shetty and Varun Dhawan. 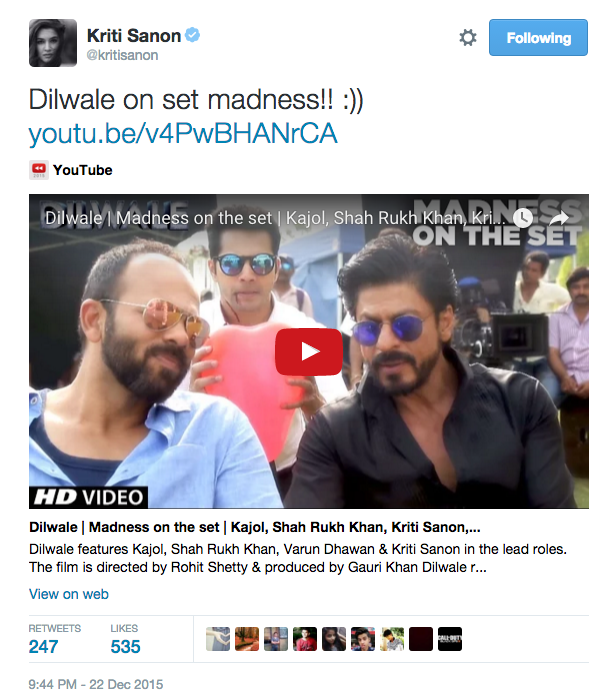 As we all know Varun Dhawan is always spontaneous. The talent bundle is not only a hardworking actor but is a top notch prankster by all means. The behind the scenes footage of ‘Dilwale’ highlights Varun playing a hilarious prank on the cast and crew of the film. The handsome actor is seen roaming around the sets of the film and bursting balloons.

With his die hard candidness Varun is nailing the prank to the core making everyone laugh. Not only is Varun the only prankster on the sets of ‘Dilwale’, director Rohit Shetty is also no less when it comes to tricks. The ‘Dilwale’ director is seen making fun of the crew and enjoying with them and playing pranks on them too. The filmmaker is also seen coloring hair of one of the crew members.

The video also features the beautiful leading ladies Kriti Sanon and Kajol laughing their hearts out on the sets of ‘Dilwale’. The entertaining film has already made its way to the audience’s hearts. The much awaited film has already been a box office stunner in the past weekend. With an amazing star cast ‘Dilwale’ is expected to rake in more collections.

Nevertheless we can surely not stop laughing on the behind the scenes footage of ‘Dilwale’!